On 17 October 2013, Seroophata Primary School in Majakaneng Village in the North West became the 33rd recipient of a Mandela Day container library.

The library – a 12-metre container with a roof structure – is one of two Mandela Day container libraries sponsored by the Public Investment Corporation (PIC).

Soul City identified Seroophata Primary School as an institution that plays an active role in the overall development of its learners. Soul City then presented a list of similar schools to the PIC, which then selected the final recipient of the container library.

Soul Buddyz (Soul City) is a strategic partner of Breadline Africa and works actively with learners in life-skills programmes in schools.

At Seroophata Primary, it was the Soul Buddyz  (Soul City) group of 2010 that had applied for a library through the ACT  for Children Programme run by Soul Buddyz. They have since enrolled at the community high school, but were invited to the launch to see their goal realised.

The partnerships Breadline Africa has developed, such as its relationship with Soul City, and the results of such interactions, remain a source of positive reinforcement for the organisation.

Another example of impact enhanced through partnership is that of the PIC.

The launch event represented the second year running that the PIC has chosen to invest in the Mandela Day container library initiative.

The communications Manager at PIC, Ms Nomzamo Petje, attended the launch event and spoke to the learners.

She delivered an inspiring speech and reiterated to learners the importance of reading.

The event included poetry, drama and dance – it was a uniquely South African affair.

Breadline Africa and the PIC are both confident that the school management committee and the learners truly appreciate the library and will take full advantage of it. 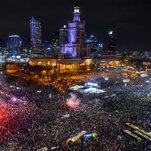