“I was recently in Ethiopia’s Somali region, where I saw the devastating impact this drought is having on people’s lives, livestock and livelihoods,” said UN Emergency Relief Coordinator Stephen O’Brien.

“Time lost means lives lost so I am releasing CERF funding to provide urgent aid to people in need – now – when they need it most.”

According to CERF, the latest allocation will immediately provide affected people with access to water and health, nutritional and agricultural services. The funds will also help pastoral communities, who are most in need, and thousands of whom have been forced to move in search of water and pasture.

This latest drought struck Ethiopia before it could recover from the effects of a devastating El Niño-induced drought in 2015 and 2016 which left millions in urgent need of aid.

However, the grant covers only a small portion of what is required in 2017 to address rising challenges. Furthermore, according to current estimates more than 5.6 million people in the country are in desperate need of basic necessities.

“Humanitarians will use these funds to save lives, but it is a bridge that must be matched and surpassed urgently. Millions of people’s lives, livelihoods and wellbeing depend on continued donor support,” noted Mr. O’Brien.

The drought is also one of the worst to hit the Horn of Africa in decades. According to the UN Food and Agricultural Organization (FAO), the region received only a quarter of the expected rainfall between October and December last year, leaving over 17 million people in Djibouti, Eritrea, Ethiopia, Kenya, Somalia, South Sudan, Sudan and Uganda in crisis and emergency food insecurity levels 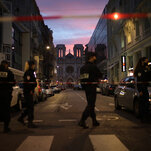 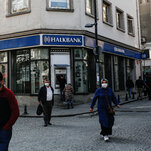