PYONGYANG, North Korea) — North Korea rolled out prototype intercontinental ballistic missiles and other military hardware at a massive parade on Saturday to celebrate the birthday of the country’s late founder, as third-generation leader Kim Jong Un looked on in delight. State television showed Kim, wearing a black suit and white shirt, stepping out of…

PYONGYANG, North Korea) — North Korea rolled out prototype intercontinental ballistic missiles and other military hardware at a massive parade on Saturday to celebrate the birthday of the country’s late founder, as third-generation leader Kim Jong Un looked on in delight.

State television showed Kim, wearing a black suit and white shirt, stepping out of a limousine and saluting his honor guard before walking down a red carpet. He then stepped up to a podium and clapped with senior government officials to address the thousands of soldiers and civilians taking part in the parade at Kim Il Sung Square in Pyongyang, the capital.

The festivities, celebrating the 105th birthday of Kim Il Sung, Kim Jong Un’s grandfather, took place amid concerns that North Korea is possibly preparing for its sixth nuclear test or a significant rocket launch, such as its first flight test of an ICBM.

State television showed what appeared to be several KN-08 and KN-14 missiles rolled out on trucks at the parade. Military analysts say the missiles could one day be capable of hitting targets as far as the continental United States, although the North has yet to flight test them.

North Korean soldiers also rolled out what appeared to be another large rocket covered by a canister. An official from South Korea’s Defense Ministry couldn’t immediately confirm whether the rocket was a new ICBM.

Other military hardware at the parade included tanks, multiple rocket launchers and artillery guns, as well as a solid-fuel missile designed to be fired from submarines. Also on display was a powerful midrange missile that outside analysts call a “Musudan,” and which can potentially reach U.S. air bases in Guam, as well as a new solid-fuel midrange missile that can be fired from mobile launchers.

Choe Ryong Hae, who some say is the second-most powerful official in North Korea, said in a speech that the country is ready to stand up to any threat posed by the United States. He criticized the new U.S. government under President Donald Trump for “creating a war situation” on the Korean Peninsula by dispatching strategic military assets to the region.

Other senior officials joining Kim at the podium included Kim Won Hong, who the South Korean government had said earlier this year was fired from his job as state security minister, presumably over corruption. South Korea has a spotty record of tracking developments in North Korea, as information about the secretive, authoritarian state is often impossible to confirm.

Kim, a 30-something leader who took power in late 2011, emphasizes nuclear weapons as the foundation of his national defense strategy. The country under his watch has been aggressively pursuing a goal of putting a nuclear warhead on an ICBM capable of reaching the continental United States.

In his annual New Year’s address, Kim said that North Korea’s preparations for an ICBM launch have “reached the final stage.” U.S. satellite imagery suggests the country could conduct another underground nuclear test at any time.

North Korea conducted two such tests last year alone, which analysts say would have taken the country a step forward in gaining the knowledge to make nuclear weapons small enough to fit on long-range missiles. The North also last year launched a long-range rocket that put a satellite into orbit, which Washington, Seoul and others saw as a banned test of missile technology.

Amid the elevated tensions, the United States a few days ago dispatched what Trump called an “armada” of ships in a show of force, including an aircraft carrier, into waters off the Korean Peninsula.

The move, coupled with the U.S. retaliatory strikes against Syria over a chemical weapons attack on civilians, touched off fear in South Korea that the United States was preparing for military action on the North.

However, U.S. officials told The Associated Press on Friday that the Trump administration has settled on a policy that will emphasize on increasing pressure on Pyongyang with the help of China, North Korea’s only major ally, instead of military options or trying to overthrow Kim’s leadership.

A U.S. military official, who requested anonymity to discuss planning, said the United States doesn’t intend to use military force against North Korea in response to either a nuclear test or a missile launch.

Pyongyang has expressed anger over the annual spring military exercises the U.S. holds with South Korea, which it considers an invasion rehearsal. It has warned of a nuclear attack on the United States in retaliation for any sign of aggression, a threat that has been made numerous times in the past. 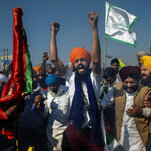 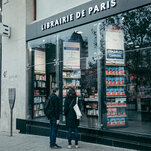 Abdur Rahman Alfa Shaban On the occasion of the 15th anniversary since Eritrea and Ethiopia agreed to draw a borderline,...