Express – The PM resigned from the head position in Africa’s second most populous nation this afternoon after much speculation.

The prime minister leads the nation under Ethiopia’s political system and Hailemariam’s decision to quit underscores the depth of division within the ruling coalition over how fast to pursue political openness.

It was not clear who would replace Hailemariam, who also resigned as chairman of the ruling coalition that contains four parties representing Ethiopia’s ethnic groups and has governed the country since it defeated a military regime in 1991.

“Unrest and a political crisis have led to the loss of lives and displacement of many,” Hailemariam said in a televised speech.

“I see my resignation as vital in the bid to carry out reforms that would lead to sustainable peace and democracy.”Hundreds of people died in Ethiopia’s two most populous regions – Oromiya and Amhara – in 2015 and 2016. Opposition to an urban development plan for the capital Addis Ababa sparked public demonstrations against political restrictions, land grabbing, and human rights abuses.
Related stories   Ministry Urges Amnesty Int’l to Use Appropriate Sources in Report to Uncover the Truth
Powered by Inline Related Posts

“Much of the public anger stems from the fact that the Tigryan ethnic group, representing 6 percent of the population, control key business interests, hold senior-level positions in government and the military, and own significant land at the expense of other ethnic groups,” wrote Ahmed Salim, vice president at Teneo global advisory firm in a briefing note.

Some foreign-owned firms were attacked in the violence, which dented investor confidence in East Africa’s largest and fastest growing economy and sparked divisions in the ruling coalition on how best to end the unrest. 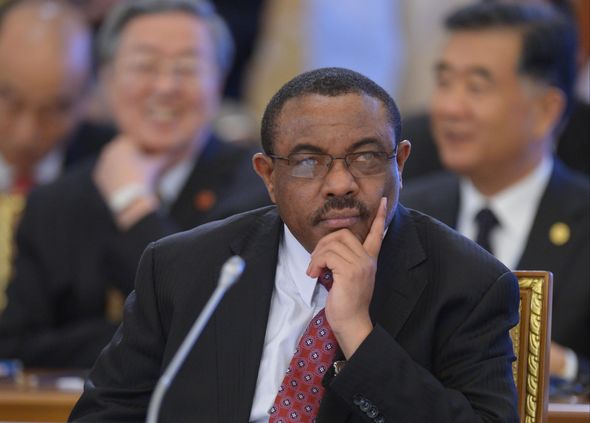 Hailemariam, a 52-year-old former university dean, said he would stay on as prime minister in a caretaker capacity until the ruling Ethiopian People’s Revolutionary Democratic Front (EPRDF) and the country’s parliament named a new premier.The ruling coalition has accepted his resignation, state-affiliated outlets said. It was not immediately clear when a new premier was to be announced.

The party is scheduled to hold a congress next month. There is pressure for a member of the Oromo ethnic group to get the post, said a source close to a ruling party member and an analyst familiar with the region. Currently the foreign minister is the most senior Oromo in government.

Hailemariam’s resignation follows a reshuffle in ruling party that began in November and sidelined a number of senior members, including the widow of the former prime minister. 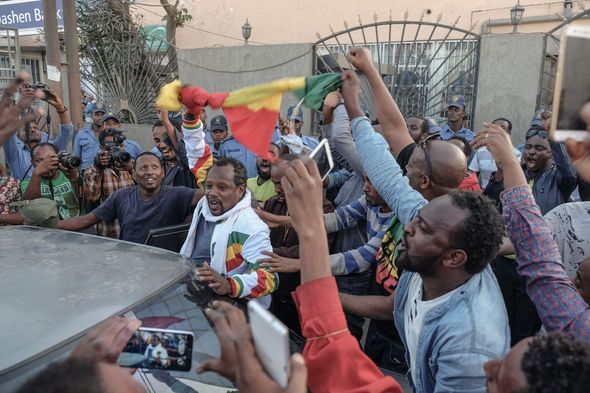 The prime minister had pushed for even more prisoner releases, said a regional analyst familiar with Ethiopian politics. He asked not to be named in order not to jeopardize his relationship with the government.“He (the Prime Minister) wanted more prisoners released – I think he wanted to empty the jails of all political prisoners. Remember he also ordered the closure of this notorious prison in Addis. This was a PM who wanted some major changes but sadly didn’t get all that he wanted,” the analyst said.
Related stories   Ethiopia, IMF Agree Framework for loan Deal Reviews
Powered by Inline Related Posts

However, the resignation did not necessarily mean reforms would stop, the analyst said.

“I don’t think the resignation is a sign that the hard-liners have won. They will probably continue on the path of reform, albeit not to the scale and speed that people want. They realise that there is no option,” he said.

But former opposition lawmaker Girma Seifu warned that breaking the coalition’s stranglehold on power would take more than the resignation of one man.

Since 2015, when Seifu lost his post, the coalition has controlled every seat in Ethiopia’s 547-strong parliament. “This (resignation) is not something to cheer about. In my opinion, the whole parliament had to be disbanded and a transitional phase enacted,” he said.

“Whoever replaces him (Hailemariam) has to have in mind a transition. Otherwise it will only be a false start.”

Ethiopia ‘at crossroads’ after Hailemariam resignation

...the announcement was not entirely unexpected, as rumours that Hailemariam would step down after the ruling party congress next month were...