artlyst.com – Ethiopian Artists at Art Dubai were notably some of the best African work exhibited at the fair. Fine artwork from around the world was shown at Ethiopian gallery Addis Fine Art. The gallery saw some exciting new and seasoned voices from across the globe. Two Ethiopian artists from opposite ends of the generational continuum were represented.

Wosene Worke Kosrof and Girma Berta are internationally renowned artists who superbly portray life in the sultry and earthy world of Ethiopia. Since the early 1970s, Wosene has been an actively practising studio artist in both painting and sculpture; he has spent considerable time in America. He is the first painter to transform Ethiopian Amharic script forms into what can be described as contemporary abstraction. 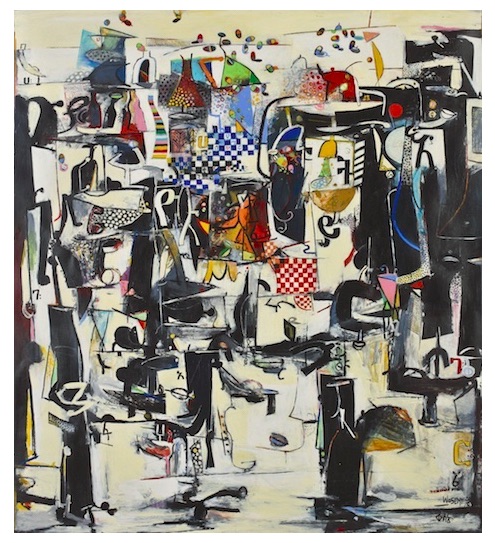 The painter’s career, spanning four decades, has encompassed five major painting series: “Graffiti Magic” (1980-87);“Africa: The New Alphabet” (1988-94); “Color of Words” (1995-2003); “Words: From Spoken to Seen” (2004-08); and the current sequence, entitled “WordPlay” (2009-present). Interestingly, Wosene’s creativity adjoins American painting without fully belonging to it. The Amharic script he orchestrates in his art is original enough visually to establish a style that originates outside of American painting culture. Wosene is also influenced by American jazz, its improvisational depth, and its ongoing innovation as a contemporary art medium. 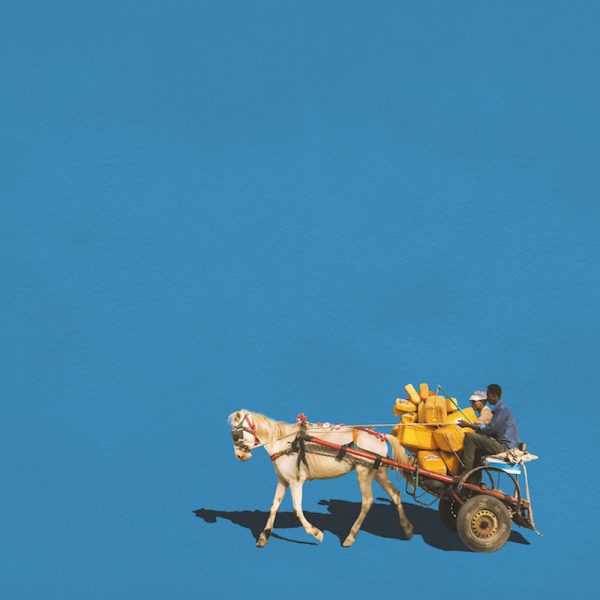 Girma Berta is an award-winning young artist based in Addis Ababa, Ethiopia. Berta’s photos, which merge street art with a fine art conceptualism. His recent series “Moving Shadows I and II” consists of isolated persons, often carrying bundles, set against a large field of a single colour. Berta works digitally in both the formulation and the presentation of his photos. But his art is hardly distant, in either a technical or emotional sense. His aesthetic, as he has expressed it, is direct: he wishes to capture what he calls“ the beautiful, the ugly, and all that is in between.” Working in Addis Ababa, Berta confirms the immediacy and depth of experience where he lives. Images may portray people given to manual work or clothed in traditional dress, but the isolation of the figures, intensified by the single-colour background behind them, can be read as an imaginative statement as well as a documentary one. Berta’s aesthetic can be described as visionary and globally aware. His view of things may start in the specificities of his life in Ethiopia, but he conveys an awareness that moves far beyond that.

“The only thing they tell the prisoners, the comrades, is why are you using this flag?” Yeshawas said. “They said...