The announcement came in the form of a three-minute video released last month by pro-Islamic State sites and endorsed by the official IS media. The video posted the words to one of Islamic State’s best-known chants in Amharic and promised IS will release more materials in the language, one of the two most-spoken tongues in Ethiopia.

Matt Bryden, an Africa analyst with Kenya-based Sahan Research, believes Islamic State — also known as ISIS — is reaching out to Ethiopia’s Muslim community in an attempt to take advantage of ongoing ethnic and political unrest in Africa’s second most populous nation.

“I think ISIS sees in Ethiopia a potential opportunity. We know the group has been expanding its influences and its activities across Africa quite aggressively — so far with small results in much of the continent but they are persisting,” Bryden told VOA’s Somali service.

He says Ethiopia’s unrest may be worsening despite political reforms enacted by Prime Minster Abiy Ahmed, including the release of thousands of political prisoners and the signing of a peace treaty with longtime foe Eritrea.

“There are many groups that are disaffected and disgruntled by the way the transition is unfolding,” Bryden said. “Where there are communities with grievances, where violence is becoming increasingly the norm, there are opportunities for the extremist groups to recruit, to attract followers and perhaps to establish presence, and I would expect ISIS is trying to do all of those things.”

FILE – The chief of the Islamic State group, Abu Bakr al-Baghdadi, purportedly appears for the first time in five years in a propaganda video in an undisclosed location, in this undated TV grab taken from video released April 29 by Al-Furqan media.

Pro-Islamic State militants emerged in Somalia in October 2015 after a small group of fighters from militant group al-Shabab broke away and pledged allegiance to IS emir Abu Bakr Al-Baghdadi.

Since then, the group has maintained a presence in northeast Somalia and around Mogadishu, even while facing a relentless offensive from both al-Shabab and the Somali government.

Experts say the Amharic video indicates that Islamic State in Somalia has members from Ethiopia. In December 2017, IS Somalia released a video featuring a jihadist from Ethiopia speaking in Amharic. IS identified the jihadist as Abu Zubayr Al-Habash. It was not clear what his position was.

This year, IS issued another video announcing that Al-Habash has died, without indicating the cause of death.

Pro-Islamic State militants in Somalia reported the death of an Ethiopian jihadist among their ranks, but the group didn’t say when/how he died. Abu Zubayr Al-Habash appeared in IS video in Dec 2017 threatening attacks on public places in Somalia.
(Left – new photo. R-old photo) 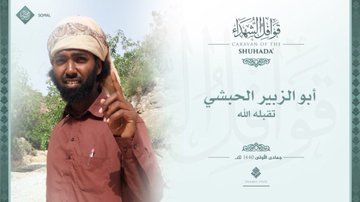 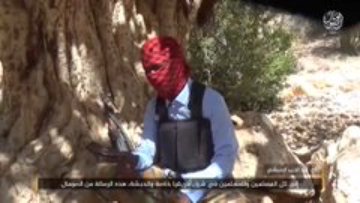 50 people are talking about this

A former IS Somalia member who spoke exclusively to VOA Somali says the group has about eight Ethiopians among its estimated 300 members.

The Ethiopian prime minister’s office has not responded to multiple requests for comment.