Ethiopia’s prime minister said on Tuesday his country, Egypt, and Sudan reached a “major common understanding which paves the way for a breakthrough agreement” on a significant dam project that has led to sharp regional tensions and fears of military confrontation.

Egypt and Sudan view the dam as a serious threat to vital water supplies, while Ethiopia considers it essential for its electrification and development.

The statement by Abiy Ahmed’s office came as new satellite images show the water level in the reservoir behind the nearly completed $4.6bn Grand Ethiopian Renaissance Dam is at its highest in at least four years.

Last week Ethiopia acknowledged that water was gathering in the dam’s reservoir, though officials said this was a “natural” part of the construction process.

Ethiopia has said the rising water is from heavy rains, and the statement said, “it has become evident over the past two weeks in the rainy season that the [dam’s] first-year filling is achieved and the dam under construction is already overtopping.” 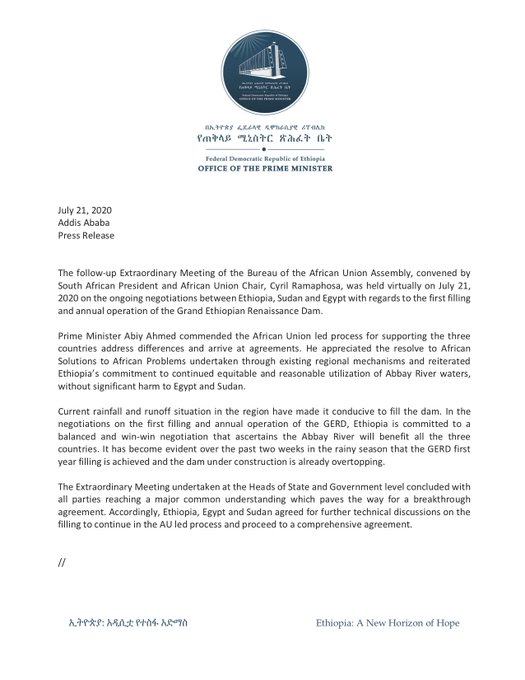 Ethiopia had said it would begin filling the reservoir of the dam, Africa’s largest, this month even without a deal as the rainy season floods the Blue Nile. But the new statement said the three countries’ leaders have agreed to pursue “further technical discussions on the filling … and proceed to a comprehensive agreement”.

Related stories   200,000 Norwegians have been targeted by fraudulent calls from North Korea on Wednesday
Powered by Inline Related Posts

The statement did not give details on Tuesday’s discussions, mediated by current African Union chair and South African President Cyril Ramaphosa, or what had been agreed upon.

But the talks among the country’s leaders showed the critical importance placed on finding a way to resolve tensions over the storied Nile River, a lifeline for all involved. 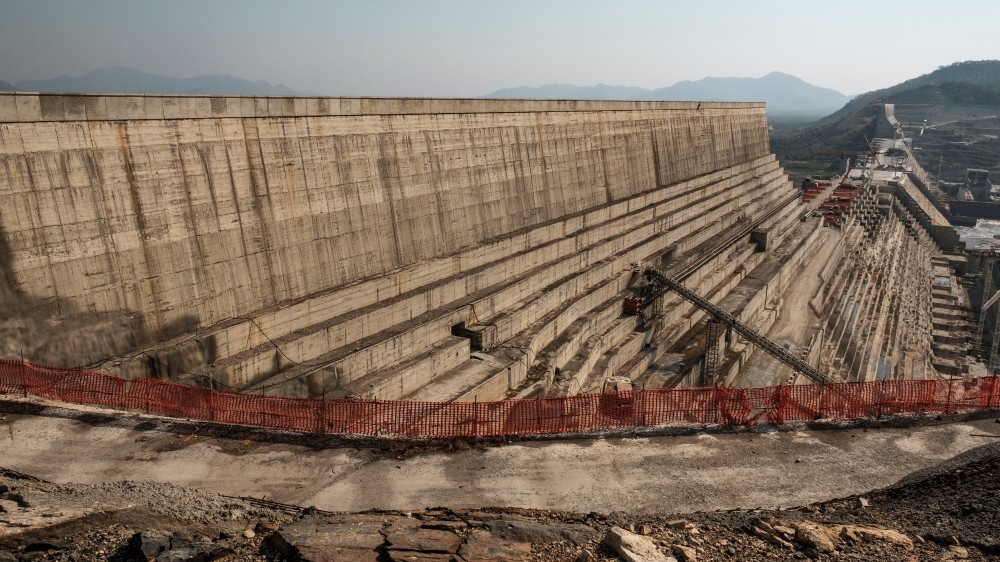 A general view of the Grand Ethiopian Renaissance Dam (GERD) near Guba in Ethiopia [File: AFP]

Ethiopia says the colossal dam offers a critical opportunity to pull millions of its nearly 110 million citizens out of poverty and become a major power exporter.

Downstream Egypt, which depends on the Nile to supply its farmers and booming population of 100 million with fresh water, asserts it poses an existential threat.

Egyptian President Abdel Fattah el-Sisi stressed Egypt’s “sincere will to continue to achieve progress over the disputed issues”, a spokesman’s statement said. It said the leaders agreed to “give priority to developing a binding legal commitment regarding the basis for filling and operating the dam”.