Dansha camp siege: How it ends in three days?

A rain of bullets has punctured many of the vehicles that are parked on the premises of the Northern Command at the 5th Mechanized Military Camp in Dansha Town. The vehicles’ windscreens have been turned to wreckage. Houses made of corrugated iron and bricks were the shooting target in the camp.

The last Tuesday’s incident around10:30pm in Dansha Town was completely an unexpected; it was heartbreaking and horrifying one—just to say the least. Members of the 5th Mechanized Military Camp did not have the slightest clue as to what was going to happen there as they had gone to bed getting over and done with their daily activities.

At that night, members of Tigray Special Force entered the military camp looking for Brig. Gen. Mulualem Admassu, but the security guards made this distractive force to go back declining their request. However, they came again to the camp having reinforced with other forces and started shooting towards the camp. The army opened counteroffensive against the group of traitors at this very day.

“The information expert came to me and whispered in my ears that the camp was under siege by Tigray Special Forces and he told me that if I retreated peacefully, the elders would help me to escape the siege.”

As to the General, the junta’s main target was either to make him flee to Amhara State or weaken the defense force at the camp in a bid to realize their ill-conceived plan. They wished to take full control of the armory and the force at the camp.

“As I was informed to flee, I disagreed. I had also warned the information person to distance himself from the junta. Unfortunately, he was wounded and is being hospitalized in Gondar City. He was in shock and I thought they had a plan to kill me at that time.”

“We faced tough challenges during the three days. The gun fire lasted for 24 hours. The whole day and night, we were confronting and defending our position. While we had nowhere to go, the junta used to go back to their camp to take some rest, dine and come back with new energy.”

“I went out of my fortress to inform my troops to be wise in using their bullets otherwise we would run out of ammunition. I was amazed by the commitment of our defense force and their unbeatable moral.”

“Even if they had been attacking us with RPG, bomb, machine gun and Kalashnikov for three days, we defended ourselves successfully. We never thought we would stay safe. We had a plan to defend ourselves till the end; and if we failed to succeed, we had decided to commit suicide than giving in our hands.”

Thanks to the almighty God, and the immediate help of the defense force, we broke the siege and started an offensive attack, said Brg. Gen. Mulualem.

As to Brg. Gen. Mulualem the army never thought even for fraction a second that TPLF junta would launch such betrayal action against us. This is because: “We have been stationing in the area starting from the time of Ethio-Ertirian war. We know both the leaders and the people.”

“It is unthinkable that such horrific action will happen from the people whom you consider them as member of the same family. We have been intermarried; have blood ties with the people living in the area.”

“The action taken by the TPLF junta is heartbreaking and an unexpected. Well, some groups had some kind of hatred and some resentment towards us. But, we never thought they would attack the military camp. Because you may have differences with your brother; you do not expect him to attack you. You never expect he will kill you,” says Brg. Gen. Mulualem. However, TPLF Special Forces launched strike against us last Tuesday at 10:30 PM. They showed no mercy to anyone.

“Fortunately, their plan did not materialize. Everything is now going in our way. We believe that the war will end soon.”

There is one thing that Brg. Gen. Mulualem cannot help but be amazed about. He said in his words: “I am an ordinary Ethiopian and a military General. They could have killed me with just one bullet or sniper rifle but to their cruelty, they have been launching RPG on us. RPG usually be launched to damage tanks or strong fortresses. Instead, they used it to demolish my house.”

The Ethiopia Defense Force has lived with the people of Tigray for years. It has never failed to support the developmental activities; it has been active in performing its social responsibilities, and also been continuously giving hand for elderly farmers in their farmlands.

The attack targeted at destroying the defense forces that have comprised members from all the nations, nationalities and peoples, he said, adding that this forces have sacrificed their lives to safeguard their nation. From this day on, no one will give them ears if they ever propagated or preached about Ethiopiansim after attacking troops who are drawn from all nations, nationalities and peoples.

Brg. Gen. Mululalem Admassu was member of the Ethiopian People’s Democratic Movement (EPDM) since 1980 E.C. The General had at various fronts till the end of the Derg Regime. He has taken part in peacekeeping missions in various countries including Rwanda. 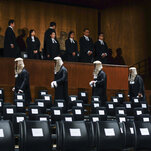 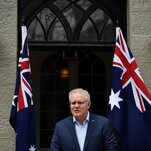 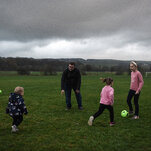 According to the Council’s statement, Burhan stressed the Sudanese government and people’s support for Ethiopia in facing the current crisis....