By Messay Kebede
December 10, 2016
I recently watched a video recording in which Jawar Mohammed gives a complacent and professorial explanation about the ongoing Amhara resistance. Actually, the term “resistance” betrays the gist of his explanation, since he is telling us that the resistance represents the rise of a new political phenomenon in Ethiopia, namely, “Amhara nationalism.” Immediately, one gets confused: all those Oromo elites who for decades denounced and are still denouncing the Ethiopian political system did so because it was, so we believed, the instrument of Amhara nationalism imposing its hegemony on the non-Amhara peoples of Ethiopia. It was news to me that a nationalist Oromo portrays Amhara nationalism as a recent phenomenon emerging from a long oblivion and still struggling against the Ethiopianized Amhara elite to affirm itself.

Actually, the term “resistance” betrays the gist of his explanation, since he is telling us that the resistance represents the rise of a new political phenomenon in Ethiopia, namely, “Amhara nationalism.” Immediately, one gets confused: all those Oromo elites who for decades denounced and are still denouncing the Ethiopian political system did so because it was, so we believed, the instrument of Amhara nationalism imposing its hegemony on the non-Amhara peoples of Ethiopia. It was news to me that a nationalist Oromo portrays Amhara nationalism as a recent phenomenon emerging from a long oblivion and still struggling against the Ethiopianized Amhara elite to affirm itself.

Be that as it may, Jawar assigns two causes for the emergence of Amhara nationalism. The one that he calls “external” is, of course, the TPLF systematic policy of marginalization of the Amhara. The policy did not only undermine the political and economic standing of the Amhara, it also translated in the appropriation of Amhara territories by Tigray and the Sudan respectively. Some such policy of outright marginalization and enmity could not but arouse a nationalist reaction.

Related stories   EPRDF Politics: Light at the end of the tunnel!!?
Powered by Inline Related Posts

The second reason, identified as “internal,” for the explosion of Amhara nationalism is the reaction against the Amhara elite and its long-held position denying the Amhara identity in the name of Ethiopianism. In the face of this systematic effort to stifle their national identity, the people finally revolted and reclaimed their nationhood to defend their interests and their legitimate place within the Ethiopian society. In other words, the present explosion of Amhara nationalism is an overt rejection of both Ethiopianism and the pro-Ethiopian ideology of the Amhara elite.

As such, the movement is a grass-root reaction that is genuine and democratic. Notably, it is free of the expansionist and domineering goal of the Amhara elite. Its main purpose is to be recognized as a national community so that it can defend its sovereignty and national interests. According to Jawar, this entry into the political scene of Amhara nationalism is welcomed by Oromo nationalists: as marginalized and dominated national groups, the Oromo and the Amhara can now become allies in the fight against Tigrean hegemony.

To begin with, the whole analysis is based on an alleged opposition between Ethiopianism and Amhara nationalism, which opposition derives, in turn, from a deliberate confusion between ethnicity and ethnonationalism. Let it be clear: the Amhara movement is not in the business of inventing a new nation. Notwithstanding their hegemonic position in the past, the Amhara see themselves as part of a multiethnic state. The movement does not carry a shred of secessionist tendency; on the contrary, it is the most solid and advanced rampart against secessionist forces.

Clearly, Jawar harbors one major intention, which is to raise dust on Amhara resistance so that we see what is not there. In speaking of Amhara nationalism, Jawar’s argument arbitrarily identifies it with his own version of Oromo nationalism. He thus reads Amhara resistance with the eyes of an ethnonationalist Oromo, who sees nothing in Ethiopia but “a prison house of nations.” Such is the danger of a mind obsessed with ethnonationalist ideology: it never sees what unites people; it see only what separates them.

As I was watching the video, I thought for a moment that Jawar’s sudden admiration for Amhara resistance could be something positive. Admiration usually leads to the resolution to model one’s action and belief on what one admires. Since the Amhara are fighting for their democratic rights without any secessionist agenda, I expected Jawar to finally say that the Oromo elite should follow the Amhara example. Unfortunately, Jawar did the opposite: he termed the resistance “nationalist” and modeled it on the ideology of Oromo nationalism even though he perfectly knew the untenability of such an amalgam.

The ultimate strategy of Jawar, like the TPLfites he claims to oppose, is to force everybody into the ethnonationalist box: you cannot be Ethiopian and Amhara, Oromo, Tigre, or Gurage at the same time. Being Ethiopian denies your ethnic identity so that the whole issue is presented in terms of either/or. Jawar supports Amhara nationalism because in becoming nationalist it ceases to be Ethiopian.

Unbelievable as it may seem, in the eyes of Jawar Amhara and Oromo have the same foe, to wit, Ethiopianism. What is more, there is a reward for dropping Ethiopianism: it will save Ethiopian unity. Jawar wants us to have faith in this extreme paradox: you get to save Ethiopia when you are no longer Ethiopian, that is, when you see Ethiopia as a collection of disparate nations.

In hijacking and aligning Amhara resistance with the cause of ethnonationalism, Jawar asks all Ethiopians to identify with an exclusive, overriding identity. He thinks he can be successful where the TPLF failed because his call for a separatist identity comes from the opposition camp. His enemy is no longer the Amhara; it is Ethiopianism. How else is one to destroy Ethiopianism but by advocating exclusive identities with its inevitable outcome of divisiveness?

We must counter the politics of exclusive identity with Ethiopianism as a shared identity. Shared identity goes beyond the recognition and equal treatment of ethnic and religious diversity; it promotes “a plurality of identities, which cut across each other and work against sharp divisions around one single hardened line of vehement division,” to quote Amartya Sen. Only through this work of convergence of identities on a transcending and all-embracing center can we prevent Ethiopia from becoming a collection of disparate and hostile groups.

2016-12-10
Previous Post: ማነህ ባለሳምንት? የ “መሪ” ወር ተራ
Next Post: Ethiopia at a crossroads as it feels the strain of civil unrest 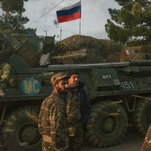 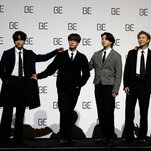 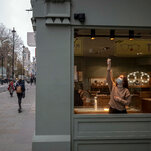 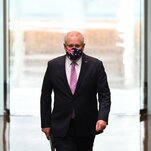 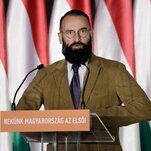