Ethiopia: Devaluing Birr – At Whose Cost?

Amidst its successive achievements in economic growth, Ethiopia last devalued its currency in 2010 by 17%. Meanwhile, the value of the Birr against the dollar and other international currencies has also been depreciating from time to time, as per a floating exchange rate.

The World Bank in 2014 had also said the Birr was overvalued and urged Ethiopia to devalue its currency, stressing the fact that reducing the currency’s value by 10 % in real terms may lead to a 5 % increase in stalled export earnings and a 2 % increase in growth.

Recently, the World Bank, in its 5th Ethiopian Economic Update insisted that yet another currency devaluation would help the Ethiopian economy become more competitive in the international market and urged the National Bank of Ethiopia to do so.

More often than not, countries devalue their currency to boost exports, shrink trade deficit, and to reduce sovereign debt burdens, on one hand.

Economists, including governor of the National Bank of Ethiopia Yohannes Ayalew, have been arguing that devaluation of the Birr would have negative consequences, mentioning inflation as a major case in point, on the other. Yet, others also stress that announced devaluation measures would just add more fuel to price hike expectations and the already existing inflation rates, apart from making imports expensive.

African Capacity Building Foundation Executive Secretary (ACBF) Emmanuel Nnadozie says the weakness of a currency does not necessarily mean that the economy is in trouble. “It could also actually be a benefit in terms of export. Because if your currency is weaker, vis a vis the others, then you would be able to sell things outside (with lower price), and people from the outside can buy your commodities cheaper than if your currency was stronger. Thus Ethiopia can really use this as an advantage to expand exports significantly.”

Nnadozie, who is also a professor of economics and development expert, argues the importance of looking into other factors as well ‘because a high level of foreign debt causes a lot of problems.’

For him, when currency is weaker, the country’s international competitiveness increases paving the way for increased foreign earning. And this in turn helps to pay debts. “That is why I say one has to look into various dimensions before determining which exchange rate will serve best,” he says adding: “I think the Ethiopian government is capable of doing that. It should make decisions based on what is best for the country.

Dr. Tekie Alemu, an economist for his part says when the value of money is devalued or revalued at a time; it would result in exaggerated change in the price of various commodities and products.

This simultaneously protects the interest of and enriches one party (economic actor), while harming the interests of other actors. This would have its own negative impact on the prevalence of fair and just commercial practice, according to him.

He also says ever since the 2010 devaluation, the value of Birr has been depreciating by 0.1% a day. “This helped to prevent exaggerated / large scale inflation from occurring.”

Many economists agree that the economic mathematical calculation that endorses devaluation to boost export is one sided assumption, they do not see how import expenditure will play out, it usually become expensive, i.e. it leads to allocate whole lots of resources to import and satisfy needs.

Above all, most of Ethiopia’s imports are none-replaceable at least in short term. For instance they argue, if devaluation is done immediately, all the inputs needed to build hydro-dams [which Ethiopia is hugely engaged in] will become more expensive. This means construction cost of dams would be so expensive. This explains the fact that the profit margin expected when dams see completion will be compromised. 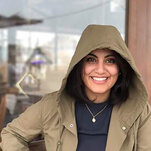