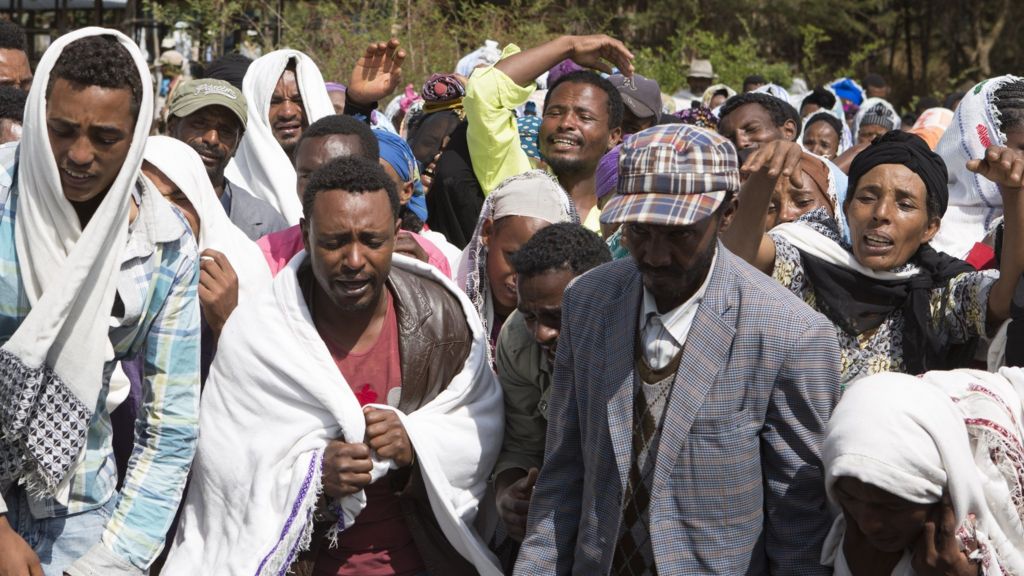 Ethiopia declared six months of emergency rule in October after almost  a year of anti-government violent protests in its Oromia, Amhara and SNNP regions. In March, the measure was extended by four months amid reports of continuing violence in some remote areas.

The Ethiopian Human Rights Commission – mandated by parliament to investigate the violence – presented its long-awaited findings on Tuesday.

The commission blamed a lot of the violence on opposition groups, saying that security forces in some places had no choice but to respond with lethal force.

“The violence happened because the protesters were using guns and so security forces had no other option,” Addisu Gebregziabher, the commission’s head, told members of parliament.

The report, the second by the commission, said police used “proportionate force” in most areas during the unrest, but could have provided better security during the rallies.

Last year, the commission’s first investigation said that 173 people in Oromia and 95 people in Amhara had been killed between November 2015 and August 2016.

“The commission here is blaming a lot of the violence on what it describes as the opposition both in Ethiopia and abroad using social media to stoke the unrest,” Al Jazeera’s Charles Stratford, reporting from inside Ethiopia’s parliament in the capital, Addis Ababa, said.

“The government has denied access to any independent international rights organisation to come to Ethiopia and conduct its own investigation into the violence,” he added.

“It has also made it increasingly difficult for journalists to speak to witnesses or travel to the most badly-affected areas since the emergency law was passed in October.”

The state of emergency, declared on October 9, was a reaction to protests that were especially persistent in the Oromia region. Many members of the Oromo ethnic group say they are marginalised and that they do not have access to political power, something the government denies.

A wave of anger was triggered by a development scheme for Addis Ababa, which would have seen its boundaries extended into Oromia. Demonstrators saw it as a land grab that would force farmers off their land.

The protests soon spread to the Amhara region in the north, where locals argued that decades-old federal boundaries had cut off many ethnic Amharas from the region.

The Oromo and Amhara ethnic groups together make up about 60 percent of Ethiopia’s population.

The country’s ruling coalition, which has been in power for a quarter of a century, is controlled primarily by the Tigray ethnic group, who make up six percent of the population.

Tensions reached an all-time high after a stampede in early October in which at least 52 people were crushed to death fleeing security forces at a protest that grew out of a religious festival in the town of Bishoftu.

In the following days, rioters torched several mostly foreign-owned factories and other buildings that they claimed were built on seized land.

The government, though, blamed rebel groups and foreign-based dissidents for stoking the violence.

The state of emergency initially included curfews, social media blocks, restrictions on opposition party activity and a ban on diplomats traveling more than 40 kilometres outside the capital without approval.

Authorities arrested more than 11,000 people during its first month.

Some provisions of the state of emergency were relaxed on March 15th, two weeks prior to Thursday’s announced extension. Arrests and searches without court orders were stopped, and restrictions on radio, television and theatre were dropped.

The government has repeatedly said that those responsible, including security forces, for the violence must be held accountable.

No members of the security services have faced any charges for the killing of the protesters.

Cover photo, HRW,  Women mourn during the funeral ceremony of a primary school teacher who family members said was shot dead by military forces during protests in Oromia, Ethiopia in December 2015. December 17, 2015.