Ethiopia: Internet As Utility, Not Luxury

For the third time in less than one year, authorities in Ethiopia have imposed a blanket blackout of access to internet for ordinary Ethiopians. The blackout is total for ordinary citizens because for the last six days, a few people, especially those who are willing to pay extraordinary amounts of money to luxury hotels to access Wi-Fi, those who are employees of major international organizations including embassies, the African Union, and United Nations affiliate offices and tech savvy ones who know how to configure their DNS and use strong versions of VPN were able to use the internet.

According to a study paper by Mirae Yang, “with the growing availability of Internet access across the globe, social media has transformed the traditional relationship between government authority and its citizens by providing the people with an innovative and powerful means to harmonize their efforts in expressing their political and social concerns.”

There are common explanations used by governments to justify internet shutdown. The main justifications are national security issues (used by the governments of Pakistan and Turkey for example). The Iraqi government had shut down the Internet during the national exams in June 2015 and did so again one year later. India and Algeria have also cut the internet citing the protection of national exam papers, while a few governments do shutdown internet when foreign head of States visit their countries.

According to the information from International Telecommunications Union (ITU), Ethiopia is one of the least connected countries in the world with an internet penetration rate of only 12 percent (2015 data). Prices for internet service is also unnecessarily expensive according to the same data. The internet has been shut down frequently based on different justifications. In the past two years alone, we have observed frequent internet shutdown/interruptions. Ethiopia joined the above countries last year by shutting down the internet during national exams following the dumping of exam papers by online activists.

It is very difficult to get the accurate figure on cost of the internet shutdown due to lack of relevant data. Darrell M. West, a researcher at Center for Technology Innovation, considered that the percentage of country’s GDP derived from the internet economy could be a reference point. So it can be inferred that the economic impact of the internet shutdown reduces income (profit), could slow down business and investment activities and tourism. The measure also creates a bad image about the country which again will have an adverse impact on foreign direct investment and tourism. Especially those who are involved in the IT industry have been losing a lot.

There is lack of transparency regarding laws and procedures that may necessitate internet shutdown. In extreme situations (security of the State… as stated in Article 34 of ITU), the government may resort to shutting down the internet as a last resort.

These are the questions that should be answered. 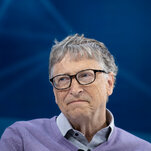 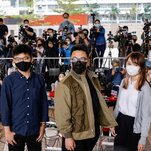 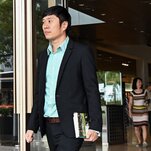 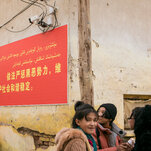