Eritrea-Ethiopia border tensions persists due to US meddling – President Isaias

In a letter addressed to selected heads of states, Afwerki urged his peers to force the United Nations Security Council (UNSC) to address what he called “injustices perpetrated against Eritrea.”

“Washington feverishly worked at the time, through the State Department, to drive a wedge between the two peoples who have deep historical and strategic ties in order to foment a crisis and micro-manage the affairs of the Horn of Africa,” he is quoted by state-owned media to have said.

Washington feverishly worked at the time, through the State Department, to drive a wedge between the two peoples who have deep historical and strategic ties in order to foment a crisis and micro-manage the affairs of the Horn of Africa.

He further alleged that despite the border issue having been adjudicated as per the Algiers agreement of 2003, the US continued to interfere unduly with its implementation going as far as to use the UNSC in 2009 to impose sanctions on Eritrea under the pretext that it supported Somalia’s Al-Shabaab insurgents.

On April 13, 2002, the Eritrea-Ethiopia Boundary Commission (EEBC) communicated its decision to officially demarcate the border between the State of Eritrea and the Federal Democratic Republic of Ethiopia.

The EEBC had been established as part of the Algiers peace agreement overseen by President Abdul Aziz Bouteflika and signed by the leaders of Eritrea, President Isaias Afwerki, and Ethiopia, late Prime Minister Meles Zenawi, in Algiers, Algeria on 12 December 2000.

The European Union (EU) signed as a witness alongside the host country, the United States of America, the United Nations and the African Union (then known as the Organisation of African Unity.)

Eritrea got independence from Ethiopia in 1993 after decades of armed struggle. In 1998, the two neighbouring countries fought a two-year long war over their disputed border which claimed the lives of at least 70,000.

The two countries have had tense relations as a peace deal signed in 2000 to end the war has never been fully implemented.

Addis Ababa accuses Asmara of accommodating persons behind the Amhara and Oromia protests that have swept through the country since November 2015 through to much of 2016. Ethiopia is currently under a state of emergency which was imposed to quell the unrest.

Eritrea often rubbishes claims by Ethiopia – the most recent being an accusation that rebels who set out to attack construction of a flagship dam in Ethiopia were backed by Eritrea. 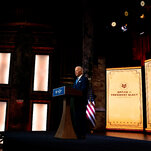 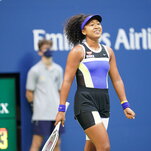 A massive residential fire in Ladbroke Grove suburb of London England has many people worried about trapped residents. According to...