Addis Abeba, September 08/2017 – Residents of Ethiopia’s Moyale town, 795 km south of Addis Abeba, in Guji zone, Borena, say both local and regional government officials have “failed us repeatedly” in the face of renewed border incursions followed by attacks by what they described were members of the “Liyu Police”, a special paramilitary force operating within the Ethiopian Somali regional state.

The complaint from residents who talked to Addis Standard came following yesterday’s bloody fighting between the locals and what Addisu Arega, head of communications affairs bureau of the Oromia regional state, said were “armed men who crossed over to the border from the Ethiopian Somali regional state”.

Several people were reported to have been killed during the daylong fighting in Chamuqi woreda in the town of Moyale and its environs. Addisu told DW Amharic that yesterday’s fighting was a “serious conflict” and that causalities were reported, but he said the regional state was not able to verify the number of causalities and the extent of the damage as of yet due to the “ongoing conflict”.

Dube Qajelcha said the local youth have taken matters into their own hands and “went to fight against members of the “Liyu Police” who then stared to indiscriminately fire at the locals.”  “Officials of the Oromia regional government knew about this repeated incident in the past but have chosen to ignore it,” he said “they have failed us.”

Another resident of the town who wanted to remain anonymous expressed his anger at the “OPDO leadership who, just a few months ago, were seen shaking hands with officials from the Somali regional state pretending that the problems were resolved.  We all know that the real problem is not a border issue. The real problem is the use of the “Liyu Polcie” by the Somali regional government to loot our cattle, rape our women and kill our men,” he said, “the Oromia regional state know this. We have been telling them since ten years now, but they are unable to deal with our plights.”

Several bodies of dead military men and civilians have littered Oromo social media activists throughout yesterday. And in late afternoon similar conflict erupted in Rayitu Gelbi woreda of Bale zone, south east Ethiopia. According to DW Amharic at least four people were killed in yesterday fighting and the federal army reserve from Ginir, Bale, were seen mobilizing toward the area, DW said quoting eye witnesses.  However, reports indicate the conflict is still ongoing.

The incident is not an isolated one; it is an extension of a growing tension related to border and resource issues between the two regional states but one that is exacerbated by the persistent raid by the members of the “Liyu Police” into towns and villages of areas under the administrative border of the Oromia regional state.

The “Liyu police” is a special police force established in April 2007 following an attack by the Ogaden National Liberation Front (ONLF) rebel group on a Chinese oil exploration that killed 74 Ethiopians and nine Chinese workers. However, since its establishment the paramilitary force is repeatedly accused of committing atrocious crimes against civilians with pure impunity. 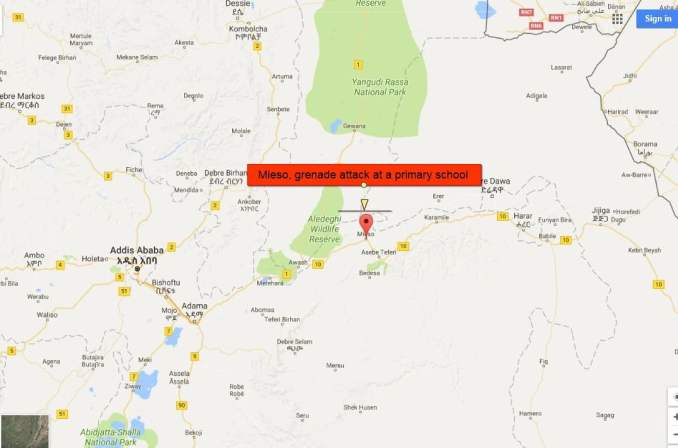 On Tuesday this week, Addisu Arega reported that four children were hurt when a hand grenade went off in in Mieso town eastern Ethiopia.  He posted another report on the same day saying armed men who crossed from the Somali regional state have opened fire against civilians in the same town and have wounded two people. On Friday last week another intense fighting between the Ethiopian Somali and the Oromo ethnic groups in the same town and its environs has left “more than 30 people”, including “more than a dozen army members”, dead and several others injured, Addis Standard reported. 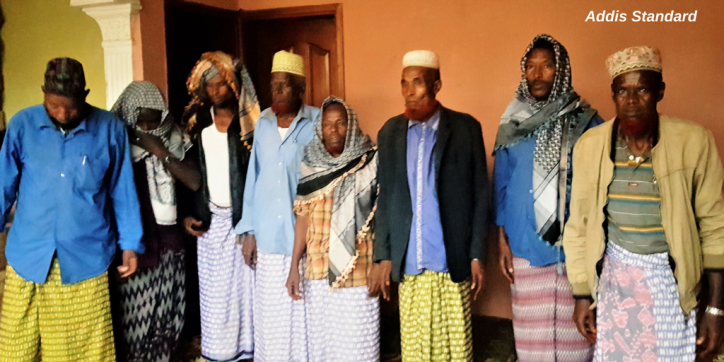 The elders who traveled from East Hararghe Zone

In August, a group of elders who traveled from East Hararghe Zone, Gursum Woreda of the Oromia Regional State to the capital Addis Abeba have called for an end to the “Liyu police anarchy” in areas bordering the Oromia and Somali regional states; and in March 2017 weeks-long cross border incursions by armed militiamen that local say were members of “Liyu Police”  into many localities in eastern and southern part of the Oromia regional state, (bordering the Ethiopian Somali regional state in eastern and south eastern Ethiopia) had left more than 100 civilians dead. AS