Print 🖨 PDF 📄 eBook 📱
1.     Discussions with Ambassador Donald Yamamoto, Acting Assistant Secretary, Bureau of African Affairs, U.S. State Department.
I recently discussed the current situation in Ethiopia with Ambassador Yamamoto, telling him that Ethiopian-Americans appreciate his interest in the wellbeing of Ethiopia. He said the situation in Ethiopia is very unpredictable. We discussed mutual concerns about and expressed concern about the state of emergency. I emphasized the need for the Ethiopian government to end the use of excessive force by security forces, and investigate the killings and excessive use of force that took place as a result of protests in the Oromia and Amhara regions. The Ethiopian government must respect the right to peaceful assembly and guarantee freedom of the press; engage in open consultations with citizens regarding its development strategy; and address the grievances brought forward by representatives of registered opposition party. Opposition groups must be included in discussions about the state affairs of Ethiopia and must be part of efforts to resolve the current crisis.
2.     U.S. Secretary of State Tillerson’s visit to Ethiopia
News reports about Tillerson’s visit to Ethiopia focused on his statements that the only way to resolve political turmoil in Ethiopia is by granting people greater freedoms and lifting the state of emergency. Speaking at a news conference in Addis Ababa, Tillerson said. “We do firmly believe that the answer is greater freedom. “While we appreciate the government’s responsibility to maintain control …it is important that country moves on past the state of emergency as quickly as possible.”
Reports about Tillerson’s trip noted that it is complicated by President Trump’s vulgar remarks about Africa, and the U.S. President’s complete lack of interest in the continent. Nonetheless, Tillerson was able to a $533 million humanitarian aid package to help with famine and conflict-related needs in Ethiopia, Somalia, South Sudan and Nigeria.
3.     Majority Leader McCarthy’s letter
The office of House Majority Leader Kevin McCarthy has written a letter to outlining the ways in which the Ethiopian government it has fallen short of meeting its commitments to human rights and democracy.
The letter notes that the Ethiopian government has not yet complied with demands form the U.S. Congress to give the United Nations High Commissioner for Human Rights access to examine the human rights situation. It also notes the “continued political turmoil in the country,” and states that the “reinstatement of the state of emergency was a step in the wrong direction.”
The letter stated that Majority Leader McCarthy’s goal is to “stop the human rights abuses taking place in Ethiopia,” and states the “wants to make sure we maximize pressure on the government to comply with our request.”
4.     H.Res. 128: Supporting respect for human rights and encouraging inclusive governance in Ethiopia.
House Resolution 128, introduced by Congressman Chris Smith (NJ) has 91 cosponsors. It is essential for all Ethiopian-Americans to contact their representatives in Congress and ask them to co-sponsor HR 128. They should explain why this legislation is important to you and to the people of Ethiopia whose voices are being suppressed.
Remember that in 2007 the House of Representatives passed HR 2003. That happened because of the hard work of Ethiopian-Americans. We can do it again!
The progress we’ve made so far on H.R. 128 reflects the hard work of Ethiopian-Americans who have contacted members of Congress to urge them to make U.S. foreign policy consistent with the American values, including democracy, freedom of expression, and basic human rights. Several members of Congress have taken special interest in Ethiopian human rights, including Rep. Christopher Smith (R-NJ), Sen. Patrick Leahy (D-VT), Rep. Steny Hoyer (D-MD), Sen. Benjamin Cardin (D-MD).
Once the House passes HR 128 the next step is to work on SR 428, which was introduced by Senator Ben Cardin of Maryland. Co-sponsors include Sen. Mark Rubio of Florida.
5.     Fate of Seyoum Teshome
The Committee to Protect Journalists issued a statement on March 9 that serves as a reminder of the continuing human rights abuses of the Ethiopian government, and of the need for the U.S. and all governments to demand immediate change. The statement follows:
__
Ethiopia arrests critical blogger Seyoum Teshome
Nairobi, March 9, 2018–Ethiopian authorities should immediately release Seyoum Teshome, who publishes the Ethiothinktank blog, the Committee to Protect Journalists said today. Security forces yesterday arrested Seyoum at his home near the Woliso campus of Ambo University, where he lectures, according to witnesses who spoke with Voice of America and Deutsche Welle. The reason for his arrest and his whereabouts are not known, according to reports and a statement by the Swiss-based Association for Human Rights in Ethiopia.
Seyoum has been critical in his blog of a six-month state of emergency Ethiopia declared in February. Under the state of emergency, authorities can carry out arrests and searches without warrant and close down media stations, according to a report by the state-owned Ethiopian News Agency.
“Ethiopia cannot again use the cloak of a national emergency to round up journalists and stifle critical voices,” said CPJ Deputy Executive Director Robert Mahoney. “This is the second time that authorities ignored due process to detain Seyoum Teshome. He should be released immediately and unconditionally.”
Seyoum was arrested in October 2016, days before a previous state of emergency was declared, according to CPJ research.
Mesfin Mekonen
Related stories   Ethiopia and Russia sign three-year nuclear power plan
Powered by Inline Related Posts
2018-03-10
Previous Post: አዲስ አበባ፤ የዋልድባ መነኮሳት የፍርድ ቤት ዉሎ
Next Post: Ethiopia Deports Journalist, Arrests Blogger

England to Shut Pubs, Restaurants and Most Shops as Virus Surges
31 October 2020 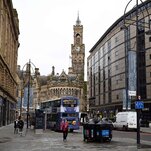 Prime Minister Boris Johnson’s cabinet proposed the move on Saturday as medical experts warned that the virus would soon overwhelm hospitals if the government did not take draconian action. [...]

Its name was Observation Post Rock. The outpost is the backdrop for a ghost story, and is known for strange voices, radio static and the creeping fear of being watched. [...]

As the U.S. Election Nears, the World Holds Its Breath
31 October 2020 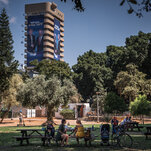 President Trump turned American foreign policy inside out, to the benefit of some nations and consternation of others. Now both groups are watching attentively to see which direction the U.S.… [...] 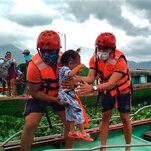 With gusts of up to 165 miles per hour early Sunday, the storm bore down on the country and was on a path to strike its most populated island and… [...] 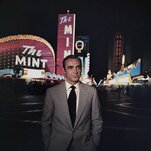 To legions of fans who have watched a parade of actors play Agent 007, none played the part as magnetically or as indelibly as Mr. Connery. [...]