Quartz Media – In just over a week, nearly 10,000 Ethiopians have sought asylum in Kenya, underscoring the ethnic tensions and internal problems facing the Horn of Africa nation and posing a direct challenge to the ruling coalition.

The refugees fled the restive Oromia region following a botched military operation targeting members of the outlawed Oromo Liberation Front. During a raid on the villages, the government said faulty intelligence led soldiers to “mistakenly” kill nine civilians and injure 12 others. Since then, the unrest and fear has forced thousands—including 600 expectant mothers, disabled, and elderly persons—to flee into the border town of Moyale in Kenya and establish makeshift camps. The UN refugee agency said it was difficult to assess how many more people had fled since many were being housed by friends and relatives.

The outbreak of violence comes weeks after the ruling Ethiopian People’s Revolutionary Democratic Front’s council imposed a six-month a state of emergency amid mass anti-government protests. The grassroots opposition to the government largely stemmed from the Oromos and Amharas, who for over two years now have decried systematic exclusion, land grabs by the minority Tigray-dominated state, besides limited representation in senior government posts.

The government reacted to these protests with force, drawing sharp criticism from its allies in the West. The unrest also jeopardized the nation’s booming economy and its place as an important center for global apparel sourcing. 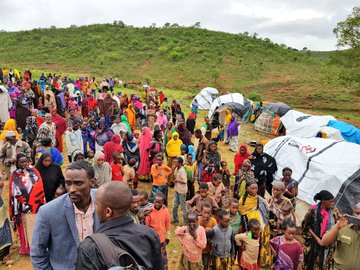 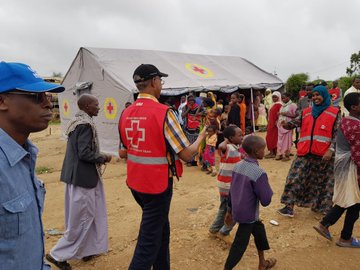 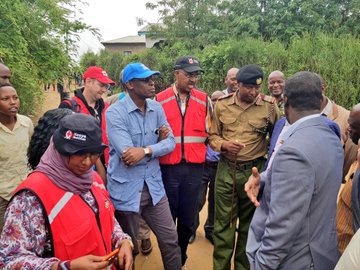 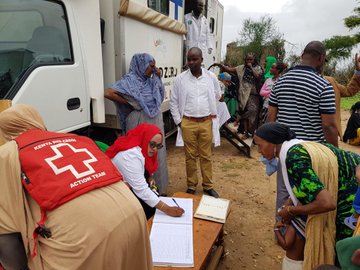 Representatives from @UNHCR_KENYA, @UNICEFKenya, WFP, @IFRCAfrica, Refugee Affairs Secretariat and Kenya #RedCross, visit Moyale to see first-hand the situation of the over 9000 displaced persons from Ethiopia.

In January, in a move described as a salve for the Oromo, the government announced it would close an infamous detention center and release political prisoners, including those awaiting trial. And in a corollary gesture, prime minister Hailemariam Desalegn resigned in mid-February, opening up a succession game and bitter internal wrangles. Opposition figures insisted that tepid reforms or half-hearted concessions won’t solve the country’s problems, calling for the system of governance to be overhauled.

The EPRDF is set to meet soon to choose its next leader. Chris Suckling, a senior analyst with IHS Markit, says Abiy Ahmed who leads the Oromo party that makes up the ruling alliance “is the most likely successor as prime minister.” Suckling said Ahmed was a favorite given his close relationship with Oromo youth and the country’s political and security agencies.

In Moyale, meanwhile, the displaced refugees continue to arrive daily, narrating stories of horror from the villages straddling the border on the other side.

Sign up for the Quartz Africa Weekly Brief — the most important and interesting news from across the continent, in your inbox.