Addis Ababa – IOM, the UN Migration Agency, has launched an appeal for USD 88,550,000 to help people in need of humanitarian assistance in Ethiopia. The appeal covers IOM’s activities under the humanitarian community and Government’s Ethiopia Humanitarian and Disaster Resilience Plan (HDRP), IOM’s assistance to Ethiopian migrant returnees from the Kingdom of Saudi Arabia (KSA) and humanitarian support to refugees from neighbouring countries.

IOM’s appeal aims to support some of the 1.7 million Ethiopians displaced throughout the country, identified by IOM’s Displacement Tracking Matrix (DTM). Approximately 1.1 million people are displaced due to conflict, 857,000 of whom were displaced near the borders of the Oromia and Somalia Regions over the past year, and over 500,000 people due to climatic shocks. In addition, 47,600 Ethiopian migrant returnees and 87,000 South Sudanese and Somali refugees are planned to be reached with support detailed in the appeal. Under this appeal, IOM will also support empowerment of young people and the strengthening of institutions in Ethiopia working on counter trafficking in persons and smuggling of migrants.

“We need to rethink the way we work in countries like Ethiopia,” said Mohammed Abdiker, IOM Director of Operations and Emergencies at the Organization’s headquarters in Geneva. “We want this appeal to mark the end of the “Band-Aid approach” and the start of longer term thinking. Millions of people are in dire need of our urgent support in Ethiopia, but we hope that the life-saving sustainable measures we put in place this year will mean that by next year more communities will be resilient to climate stresses like drought,” said Abdiker.

Ethiopia has had a fast-growing non-oil-related economy with double digit growth sustained over a decade. It has experienced massive investment in infrastructure and industry. However, in 2016, the worst El Niño induced drought in 50 years forced more than 10 million people to become depend on relief food assistance, while also eroding household and community resilience and increasing vulnerability nationwide. Last year, rains failed again, and, in south and south-eastern Ethiopia, 8.5 million Ethiopians were left in need of relief food assistance.

The 2018 Humanitarian and Disaster Resilience Plan released by the Government of Ethiopia National Disaster Risk Management Commission and the UN Humanitarian Coordinator shows that this year 16.4 million people will need humanitarian assistance throughout the country.

Hundreds of thousands of Ethiopians leave home to seek employment in the Gulf countries, most often KSA. On 29 March 2017, KSA issued a Note Verbal declaring that all irregular migrants should voluntarily leave the country, among them an estimated 500,000 Ethiopians. To date more than 140,000 Ethiopians have returned. Many returnees come back to little and the push factors that encouraged them to leave in the first place are still present. IOM’s appeal covers reintegration support, which is vital for returnees to sustain their livelihood.

Ethiopia remains the second largest refugee-hosting country in Africa hosting over 909,000 refugees. Of these registered refugees, more than 428,928 are South Sudanese and 254,274 are Somali.

Transportation of newly arrived refugees from border entry points to the refugee camps remains a critical to ensure that they can access aid. Shelter, water, sanitation and hygiene (WASH) and livelihood support in the context of the Comprehensive Refuge Response Framework (CRRF) remains critically under-funded and are included in IOM’s current appeal.

“Ethiopia has bravely endured these difficult situations but to sustain its growing economy, it needs urgent support from the global community,” said Maureen Achieng, IOM Ethiopia Chief of Mission and Representative to the African Union (AU), United Nations Economic Commission for Africa (UNECA) and Intergovernmental Authority on Development (IGAD). 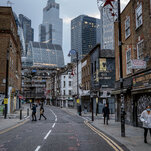 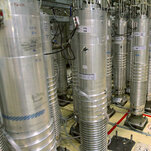 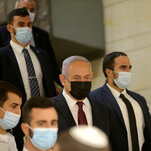 Representative Christopher Smith (R-NJ) has done more for Ethiopia, and taken a greater interest in Ethiopian human rights and democracy,...