“If so far we have seen impact from the construction of Gibe 3, what will happen when works on Gibe 4 start? Obviously it will leave us with no source of income,”

Isiah Erupe is a worried man.

Since the Ethiopian government began constructing Gibe 3 dam, a hydroelectric behemoth along the Omo River, the number of fish species in Lake Turkana has been on the wane.What is now turning into a nightmare for him is that there are plans to put up Gibe 4.

Mr Erupe fears the situation will get even worse as increased human activities will affect what they catch from the water resource.

Lake Turkana, the world’s largest desert lake and Africa’s fourth largest freshwater body, is a source of livelihood for more than 20,000 people and has the potential to generate up to Sh3 billion a year from fishing.

But since 2006, there have been developments on the Omo River, which accounts for 90 per cent of Lake Turkana’s water source, and the impact of this is slowly trickling downstream.

Locals and activists worry that the drop in fish numbers is just the beginning.

“If so far we have seen impact from the construction of Gibe 3, what will happen when works on Gibe 4 start? Obviously it will leave us with no source of income,” said Mr Erupe who is the chairman of Nachukui Beach Management Unit, which oversees fishing activities.

Once fully commissioned, Gibe 3 will be the third largest hydroelectric plant in Africa with a power output of about 1,870 megawatt (MW), which will be more than double total installed capacity in Ethiopia from its 2007 level of 814 MW.

Kenya and Ethiopia signed a deal during President Kibaki’s tenure that would see Addis Ababa sell power to Kenya once the project is completed.

The government has always ignored complaints from the public on the impact of the dam.

Mr Erupe says fish stocks have been dwindling for five years, which has serious economic repercussions for the Kalokol area around Lake Turkana where fishing is the major revenue generator.

This is because waterflow from Omo River has been declining, with a knock-on effect on fish breeding, he says, noting that fish in the lake require deep water to breed.

“The government has to intervene because Gibe 4 will kill Lake Turkana completely,” he says.

Robert Kibunja, director of fisheries in Lodwar County acknowledges that some fish species have disappeared in recent years due to human activities along the Omo basin, which covers the Lake and River Omo.

According to Mr Kibunja, there used to be more than 40 species of fish in the lake, but they have so far declined to less than 28.

He, however, plays down the impact of Gibe 3 adding that in the long run the dam will change the lake’s ecosystem affecting the water level in Turkana and cutting down on a number of aquatic species.

But the numbers – both of fish and the income they generate – tell another story.

In 1979, 17,000 tonnes of fish were caught in Lake Turkana; last year, fishermen managed a paltry 7,468 tonnes, according to data from the fisheries department in Turkana County.

Mr Kibunja says although Gibe is partly to blame, fishermen are also responsible.

He claims that they have been using the wrong kits such as mosquito nets, which catch even the smaller fish which would have helped in reproduction.

Scientists argue that the dam upstream will affect not only Lake Turkana’s water levels, but also make the water more salty.

“If the inflow of water is low and evaporation is high, there is a likelihood of the lake becoming salty, affecting aquatic life used to fresh water,” says John Malala, a research scientist with Kenya Marines Fisheries Research Institute (KMFRI).

The lake is a great attraction for tourists with its three national parks — Sibiloi, Central Island and South Island national parks.

The parks have been listed by the Unesco as heritage sites.

Lobby groups have over the years been fighting to stop the construction of the dam to no avail.

However, they managed to convince major international funders such as AfDB into withdrawing their funding because of the impact that the project would have downstream.

Friends of Lake Turkana say the ongoing human activities along the Omo-Turkana basin will have a significant impact on the people who rely on the lake downstream.

“We are now talking of the entire activities going on along the Omo-Turkana basin and not just the Gibe 3, this is because the planned construction of Gibe 4 is even far worse than the Gibe 3 dam,” said Ikal Ang’ele, director Friends of Lake Turkana.

A number of economic activities have been lined up on the Gibe 4 and these include huge irrigation schemes for cotton and sugarcane.

“These are heavy water consuming crops and its impact will obviously be felt on Lake Turkana,” she says.

Ms Ang’ele wants the government to intervene and ensure that the construction works for Gibe 4 are stopped to curb the disaster that is waiting downstream.

She argues that the multiple environmental impact assessments performed by Ethiopia ignored the construction’s effects on Lake Turkana.

The local government led by Turkana County Assembly wants to push a policy that will compel the national government to intervene on human activities along River Omo.

For Mr Erupe, the future depends on the action that the government will take to stop further activities along River Omo basin.

Read the original article on Nation. 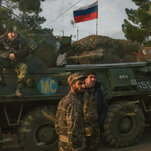 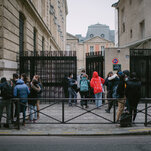