Ethiopia: From Ethnocentric to Ideological Parties

Today in Ethiopia there are more than five dozen political parties still active. Except perhaps for about ten of them, most are ethnic based, or to put it simply, they are ethnocentric political parties. What this means is that their objectives are defined by what they perceive as their respective ethnic groups’ fundamental demands. Some of these arose out of grievance for the way previous regimes treated their peoples; they are indeed propelled by the desire to rectify the ills suffered and re-affirm their dignity. Some are simply remnants and derivations of the old liberation fronts. Others appear to be in the process of shaping their identity and their place within the country. Still others seem to be motivated by any combination of these latter reasons. Whatever their moving principles may be all of them are direct or indirect descendants of the anti-colonial ideology that informed the post-war African liberation fronts. This should have been an implausible and incongruous influence since Ethiopia had fought off colonial invasion at least a decade before many African liberation fronts were even formed. But the reality is that there is no doubt that the liberation fronts in Ethiopia, such as the ELF, EPLF, OLF, TPLF, etc… and their descendants framed their theory and praxis of liberation by that provided by the African liberation movements. In retrospect, this was rather odd since the moving reasons of the two kinds of liberation fronts could not have been more different. The African Liberation Fronts were created as a rebellion against the imperialism of overseas powers. The Scramble for Africa, which took place during the twenty-five or so years before the First World War, was entirely the creation of the European Powers of the day to turn Africa into their primary source of raw materials for their insatiable factories. Thus their primary objective was total military dominance of their share of the continent to ruthlessly exploit the indigenous people and their land. The idea was to keep the African peoples subjugated from the tip of Algeria to the bottom of South Africa for as long as it was possible, and under conditions which were not so different from Apartheid. When Africans took up arms it was not only to reclaim their ancestral lands, but to regain their independence as well as their dignity.

The Ethiopian liberation fronts, on the other hand, as much as they claimed affinity with the African anti-colonial fronts, were fundamentally different. They were struggling against the hegemony of a group; a fact that occurs among people who share the same historical geographical space. They were not as such struggling against the same ills as the other African peoples under European colonialism, they had other sets of problems that stem from the politics of hegemony, just like the ones we have experienced during the last 27 years under the Woyane regime. The Ethiopian liberation fronts were in actuality calling for equality, dignity and equal access to power and public services. There was never as such any industrial exploitation, apartheid and military occupation to fight off. Thus the similarities were more imagined than real.

Naturally, I do not doubt that the leaders and ideologues of the Ethiopian liberation fronts were not aware of such fundamental differences; nor do I entertain the belief that this was done out of naiveté. Indeed, most of them were among the brightest of their generation. One can only presume that they did it out of expediency and desire to justify their irredentist claims. And anyone with a modicum of critical sense could have immediately seen that any comparison of Ethiopia’s liberation fronts with African Liberation fronts could not have passed muster. In reality, the fundamental problems that have beleaguered Ethiopians until the present are essentially three: bad governance, unfair, unequitable and conflictual co-existence of its multitude of ethnicities, and lack of steady modernization. And on all three counts, every previous regime has failed us miserably. To continue to frame our political discourse on anticolonial irredentist ideology is not only unproductive but perilous.

My primary contention here is that ethnocentric political parties would have no reason to continue surviving if their fundamental demands are met and secured by a well-crafted constitution. To be more specific, if their fundamental demands involve the maintenance and protection of their ancestral land, language, culture and self-governance within a federal system of government that guarantees their overall rights and duties as citizens of Ethiopia, I am not sure how they could justify their very raison d’être at all. Except perhaps as a mere tool for gaining power for power sake. Let me belabor the point further: If we manage to craft a constitution that could potentially meet the fundamental demands of all the ethnic groups of Ethiopia, what need is there to maintain ethnocentric parties that try to justify their own existence by those same demands?

What we have observed recently in the declaration given by various such ethnic parties is this anachronistic anti-colonialist depiction of the Ethiopian political reality. Ethiopians are not at war to rid themselves of any imperialist presence, what they are trying to do is to forge a system of government that would treat equally all ethnicities, preserve their identity and historical space, and create conditions for permanent peace and prosperity. None of us have ever been colonizers of any other group! Trying to depict one or another group as a “colonizer” or “exploiter” or worse “imperialist” is not only unproductive, but a source of unwarranted rancor. It could very well trigger another cycle of conflict and destabilization.

I believe that the era of irredentism, recriminations and grievances should be over. What we Ethiopians need are political parties that can produce ideas, and put us back on the path of progress, peace and prosperity. What we need is not ethnocentric parties always intent at reviving old grudges and hostilities, but political parties moved by ideas that can transform our political, social and economic systems. Even though we do have these parties in Ethiopia and there is a sufficient number of them, they seem to be overwhelmed by the ethnocentric parties; a legacy, I may add, of the Woyane regime. Because of its tribalist mind-set, the Woyane regime in fact could never have envisioned an Ethiopian political system populated by ideologically informed parties.

Another fundamental reason for Ethiopians to rid themselves of ethnocentric parties is the fact that they are by nature bound to parochial goals; whereas ideological parties, or simply political parties, have overarching national agenda. While the former are bound by the politics of Killil, the latter have the entire nation in mind. While the former work for a limited agenda that could very well be addressed and resolved, as I stated above, by a well-crafted constitution, the latter are inevitably engaged with matters of national concern. Rather than competing parties, what we have are parties that essentially are engaged with very diverging issues. In a modern state the objective of parties is to debate on the same problems and issues in order to come up with the best possible solutions. In our current set up we have parties each dealing with its own particular issues which often often diverging. And this cannot produce any meaningful debate nor progress.

The other benefit of having ideological parties is the creation of a political space that is open to new ideas that can be debated by anyone on every arena without fear. It will also create a sense of unity of purpose and solidarity among groups who are not bound by ethnic ties, but by ideas and shared goals.  Ethnocentric parties are always bound to becoming victims not only of misunderstanding, but of resentment. They will be accused of promoting only the good of their particular group while ignoring the fact that the good of the entire country is inevitably tied to the good of individual ethnic groups. Ethnic parties as interest groups can hardly aim at solutions benefitting everyone. That goal can only be achieved by groups which have the entire nation as their constituent and beneficiary.

Paradoxically (it seems), one may say that if Ethiopia is to remain one, multiethnic, peaceful and progressive, she must rid herself of ethnic parties and ethnic partisanship that has plagued her for over fifty years, and turn into a laboratory of seminal new political, economic and social ideas that can only be realized through the promotion and development of national ideological parties.

Read the original story on ECADF 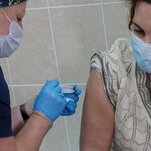 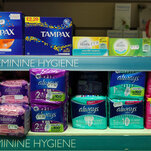 In what sense the case of Taye Dendea can be teachable?