Who is Omar al-Bashir?

He survived a coup attempt the following year. He later ordered the execution of more than 30 army and police officers implicated in the failed takeover. 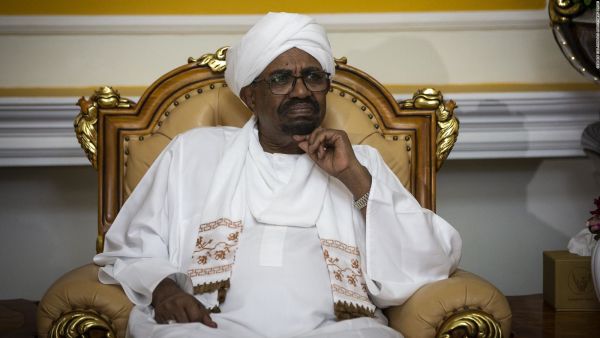 In 1993, Bashir dissolved the Revolutionary Command Council and restored Sudan to nominal civilian rule, with himself as president. At an election in 1996, he was returned with more than 75% of the vote. That margin would increase to 85% in 2000.

Violence broke out in the Darfur region of Sudan in 2003, and Bashir was criticized for not cracking down on the Janjaweed militia, a pro-government militia accused of murdering and raping people in Darfur.

In 2008, the International Criminal Court filed charges against Bashir for genocide and war crimes in Darfur. Repeated attempts to bring him to justice were unsuccessful, however.

At the country’s most recent election in 2015, officials said Bashir had been re-elected president with more than 94% of the vote. Many major opposition groups boycotted the election.

Late last year, anti-government protests broke out in many cities in Sudan, demanding Bashir’s removal. He declared a year-long state of emergency in February 2019, as his forces attempted to crack down on demonstrations.

Those efforts appear to have been ultimately unsuccessful. On Thursday, the 75-year-old Bashir stepped down as president after 30 years in power.

Sudan army to make ‘important’ announcement after weeks of protests

- AFP / -Sudanese protesters have defied a ban on demos to rally for six days outside the army headquarters The...