Following peace with Ethiopia and neighboring countries, the International Monetary Fund (IMF) is engaging Eritrea once more for the first time in 10 years, according to IMF press release. IMF officials held discussions with the Eritrean government May 13-22 in the capital city of Asmara.

According to the report, the IMF stands ready to support economic reforms through policy advice, technical assistance and training to help achieve macroeconomic stability and inclusive growth. “Eritrea is in a difficult economic situation following an extended period of international isolation and emergency measures to manage the economy,” says the IMF.

Following the conclusion of the meeting with Eritrean officials, the IMF released the following statement.

The peace agreement with Ethiopia and lifting of international sanctions provide a welcome opportunity for Eritrea to build an impetus for economic development; Eritrea is in a difficult economic situation following an extended period of international isolation and emergency measures to manage the economy; the IMF stands ready to support economic reforms through policy advice, technical assistance and training to help achieve macroeconomic stability and inclusive growth.

An International Monetary Fund (IMF) team, led by Bhaswar Mukhopadhyay, held discussions in Asmara from May 13–22, 2019 on the Article IV Consultation with Eritrea, the first such discussions in 10 years. At the conclusion of the mission, Mr. Mukhopadhyay issued the following statement:

“Eritrea has just emerged from twenty years of conflict with Ethiopia and a decade of sanctions imposed by the international community. The war and then international isolation deprived the country of vital investment, trading opportunities and external support, and have left the economy in a difficult situation. The peace agreement with Ethiopia and lifting of international sanctions provide a welcome opportunity to build an impetus for economic development and to begin implementing much needed reforms. 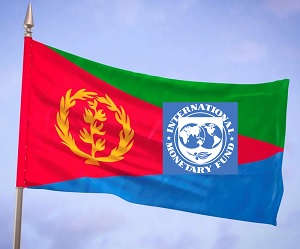 “The information base of economic developments in Eritrea has deteriorated, and the conditions prevailing in the country have given rise to data and capacity constraints. Nonetheless, the mission received useful information to better understand the macroeconomic situation and capacity development needs in Eritrea.

“Eritrea’s economy is dominated by agriculture and mining and is highly vulnerable to shocks. Most of its population is engaged in rain-fed subsistence agriculture, which is exposed to repeated droughts. Data estimates show that GDP fell sharply in 2017, driven by the regional drought. Real GDP growth is expected to have recovered in 2018.

“In recent years, policies have tried to adapt to the difficult conditions prevailing in the country. A sustained period of high fiscal deficits—reversed over the past three years—has led to a heavy public debt burden, the banking sector is vulnerable and foreign exchange is scarce. Notwithstanding such economic pressures, the Eritrean authorities have made remarkable progress on some development goals, notably in the health and education sector, and prioritized public investment in the earlier years.

“Looking ahead, the near-term outlook for real GDP growth is challenging due to the tight fiscal situation and existing restrictions on economic activity. Over the medium-term prospects for a pick-up in growth are promising, including due to new mining projects coming on stream. Policies to restore the health of the fiscal and financial sectors will be central to ensuring macroeconomic stability and broader economic reforms will help to deliver inclusive development.

“The mission team expresses its gratitude to the authorities for their warm hospitality and the productive discussions. The IMF stands ready to assist the authorities in the implementation of their economic policies, including through the provision of technical assistance, and looks forward to continuing the policy dialogue.”

Sudanese Delegation in Chad to Discuss Ties, Dispute with Ethiopia

How cycling became a part of Eritrea’s national identity

History and colonialism brought the sport to this African country, but geography, climate and culture helped Eritreans to embrace and...