Daily mail– More than a year after his house in southern Ethiopia was razed to the ground, his coffee plantation destroyed and cattle stolen, Teketel Memheru is still too terrified to return home.

The 22-year-old is one of hundreds of thousands of people uprooted from their homes by ethnic clashes in a burgeoning domestic crisis the Ethiopian government is battling to contain.

“I witnessed a neighbour of mine hacked to death and another neighbour was burnt alive in his house. I’m scared to go to farm my agricultural plot for fear of attacks,” said Teketel, an ethnic Gedeo who says he came under attack by Oromos — the country’s largest ethnic group.

Officials insist that what became the world’s biggest internal displacement crisis in 2018 is under control, and that more than a million people have returned to their homes.

However those working on the ground — speaking anonymously to avoid a government backlash — say the displaced are being forcibly returned. They warn that the dire humanitarian conditions are only set to get worse.

“Peace is not restored, I didn’t meet a single person who wants to return under these conditions. People are really scared. It will get more difficult,” an aid worker told AFP.

The worker said that in May local officials and soldiers had entered the camps and ordered people to leave. Most people however had just disappeared once again into a fatigued host community and were living in utter “misery”.

In addition, hunger levels had become a “catastrophe”.

“We believe levels of violence and displacement will continue,” said the worker.

Since coming to power in April 2018 after two years of anti-government unrest, Prime Minister Abiy Ahmed — himself an Oromo — has been hailed for his efforts to end the iron-fisted rule of his predecessors.

He has embarked on economic reforms, allowed dissident groups back into the country, and an easing of control has seen Ethiopia jump 40 points in the 2019 press freedom index.

But the loosening of the reins has had a far darker side, as years of tensions between ethnic groups who are divided into nine autonomous regions, have boiled over — usually over land and resources — leading to deadly violence in the country of over 100 million people.

One of the hotspots is along the borders of the Gedeo district — which is part of the vast Southern Nations Nationalities and Peoples Region — and West Guji in Oromia. 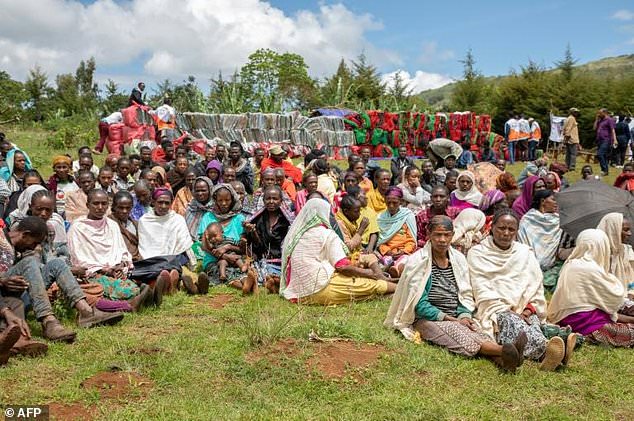 The verdant, rolling hills of this southern region, are where some of the world’s best coffee is grown. It is also the most densely populated part of the country, with residents facing a critical shortage of farmland.

Tensions have long existed between the groups, but last year the Oromo of West Guji attacked the Gedeo living on their side. The clashes led to the world’s largest displacement crisis, with over a million mostly ethnic Gedeos displaced, according to government figures.

Similar violence erupted in 2017 between Somalis and Oromos in the southeast Somali region, also displacing around one million people and leaving hundreds dead.

And last month dozens of people were killed in clashes between residents of northern Benishangul Gumuz and Amhara states.

“None of these conflicts are entirely new, but several of them have flared at a larger scale than we’ve seen in the past,” said William Davison, the International Crisis Group’s senior Ethiopia analyst.

He said there were multiple factors at play stoking tensions.

These include the weakening of the once all-powerful ruling EPRDF as a result of years of protests and infighting, an economic slowdown that has hit the poor hard, and a shake-up of the security apparatus under Abiy.

“There has been a loosening of control which has led existing disputes to take on a new dimension,” said Davison.

Add to this a poorly functioning ethnic federal system, opportunities presented by the political transition, and competition for resources in an impoverished nation.

Abiy’s opening has led to ethno-nationalists staking different claims, but at the same time he is loath to lean back on the repressive tactics once used to deter and crack down on intercommunal violence.

“Abiy has been clear his government is disinclined to use past methods and send in police or soldiers to apply lethal force and conduct mass arrests on the spot.”

Ethiopia’s Minister of Peace Muferiat Kamil last week said that all displaced people would be returned to their homes by the end of June, and officials have denied forcing anyone to return.

However in the town of Yirgecheffe, a stadium housing thousands of displaced people was cleared out by police ahead of a visit by journalists in late May, another aid agency official said on condition of anonymity. 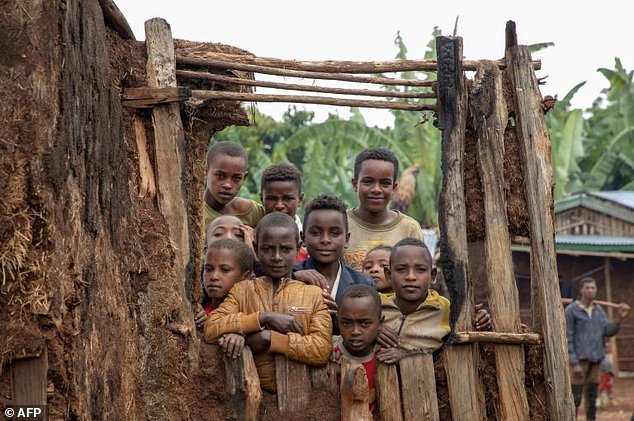 “The government pushing people to return to their home communities prematurely will only add to the ongoing suffering,” the US-based Refugees International said in May.

According to World Vision, only 145,516 people have returned home from Gedeo and hundreds are still lining up for food aid.

“There’s a concern that there hasn’t been anything like sufficient reconciliation to be confident about the safety of people returning home,” said Davison.

Teketel is one of the lucky ones, having managed to set up a small shop in Cherqo village in Gedeo. But he longs to return home to farm his land.

“We have seen no peace since Abiy came to power. Peace is the most important thing for a human being, not only to farm, but also to cultivate and eat what is farmed.”

ENDF renews call for surrender of Debretsion, his groups