How Ethiopia PM ‘stole the show’ at Sudan transition event

Sudan’s post Omar Al-Bashir transition is taking shape months after the former leader was ousted by the military following a popular uprising that started in December 2018.

The Sunday August 18 signing of a transition deal between the military junta and leaders of the protest movement, the Forces for Freedom and Change, FFC, marked the highlight so far of events.

A number of African leaders were in the capital Khartoum for the formal signing of the agreement. They were largely from countries in the region except for Eritrea’s conspicuous absence.

Ethiopian Prime Minister Abiy Ahmed’s presence clearly stood out as his name was always greeted with cheers by people in the hall. He delivered a statement at the event urging Sudanese people to guard their peace.

In his remarks following the signing of the Sudan agreement, PM Abiy Ahmed called upon the people of Sudan to be the custodians of peace and the guardians of dignity as they work toward building a democracy.#PMOEthiopia 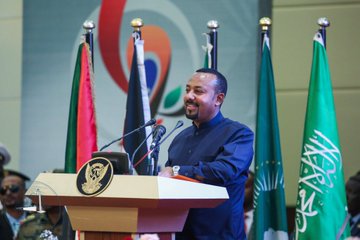 236 people are talking about this

Clips on social media showed the introduction of visiting leaders go by almost unnoticed till Abiy’s name was mentioned then the hall erupted into claps and cheers.

Same as when he was introduced and invited to deliver his address. Also on social media, Sudanese have been posting messages of gratitude for the role Abiy played.

I felt a bit bad for President of #Chad Idris Deby, President of #SouthSudan Salva Kiir & President of #Kenya Uhuru Kenyatta. When their names announced, the room was quite & nonchalant. When @PMEthiopia Abiy Ahmed was called out the entire room erupted with applause #Ethiopia 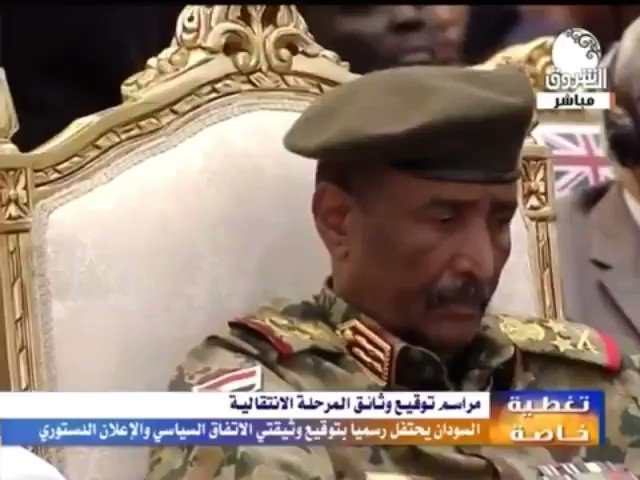 893 people are talking about this

‘A prophet has no honor in his own country’ #Ethiopia #Sudan

48 people are talking about this

15 people are talking about this

A superb diplomatic show off by Ethiopia in the Sudan peace process. 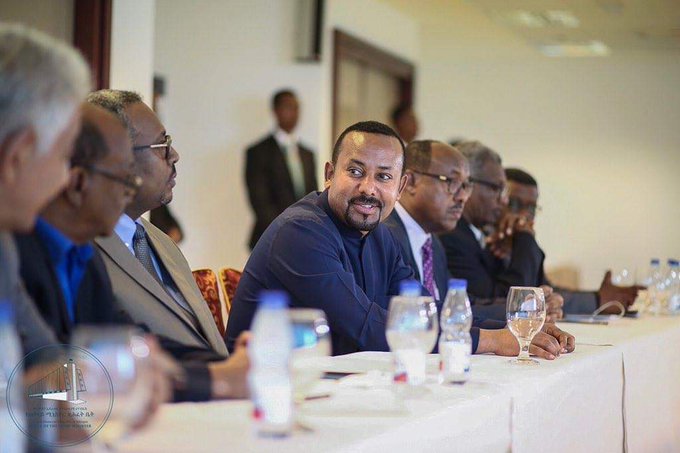 He was also a signatory to the ceremony along with other witnesses. Abiy over the last few months played a crucial mediation role in the crisis. Visiting Khartoum to meet with the two sides and deploying an envoy, Ambassador Mahmoud Dirir, to represent him in the mediation process.

Abiy also received at his office in Addis Ababa, junta leaders who made the trip to discuss issues back home. Ethiopia and the African Union, AU; have been lauded for their efforts in a successful transition deal in Sudan.

The AU, after what experts described as missteps and failure to act, expelled Sudan from the body pending return to civilian rule. Its envoy, however, worked with the parties along with Abiy’s rep in sealing the current deal.

A new Prime Minister has been named in the person of a former United Nations economist, Abdalla Hamdock. Reports indicate that the opposition alliance will also nominate Mohamed Alhafiz Mahmoud as public prosecutor and Abdelqadir Mohamed Ahmed as head of the judiciary.

Completing the Sudan visit, PM Abiy returned to Ethiopia with over 100 female victims of trafficking that have been in Sudan enroute to other countries. Among those that returned with PM Abiy also include individuals released from imprisonment for various offenses. #PMOEthiopia 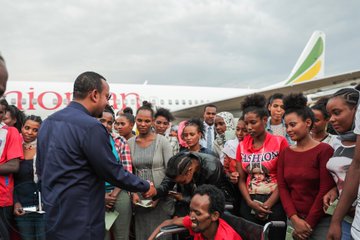 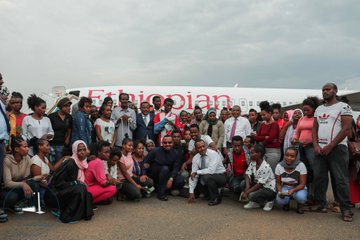 Sudanese Delegation in Chad to Discuss Ties, Dispute with Ethiopia