The number of nuclear weapons known to exist around the world today is steadily falling, but the fear that a country could one day unleash the most devastating weapon on Earth still persists.

The total number of nuclear weapons fell from 14,465 in 2018 to about 13,885 this year, according to Stockholm International Peace Research Institute’s (SIPRI) 2019 yearbook, which was published in June.

It shows that while the international community is working toward the goal of reducing the number of nukes in the world, total elimination is still a long-term reality.

Below is an overview of the world’s nine nuclear-armed states, the number of weapons (stockpiled and retired) they have, and the 31 countries they’ve vowed to protect.

Caitlin Foster contributed to this report.

In 2017, the UN introduced the Treaty on the Prohibition of Nuclear Weapons (TPNW), the world’s first legally-binding document that seeks to completely eliminate the arsenal.

However, it has yet to come into force.

As of August 2019, 25 have ratified the treaty; another 25 ratifications are needed for it to come into full effect.

The Russian Federation has a total of 6,490 stockpiled and retired nuclear weapons in its arsenal, down from 6,850 last year, according to SIPRI.

Armenia and Belarus — two countries that act as a buffer between Russia and Europe —both rely on Russia’s nuclear “umbrella.”

Armenia joined the TPNW negotiations, but abstained from voting in the meeting that set it up, according to the International Campaign to Abolish Nuclear Weapons (ICANW).

Belarus didn’t participate in those negotiations, and also abstained from voting. 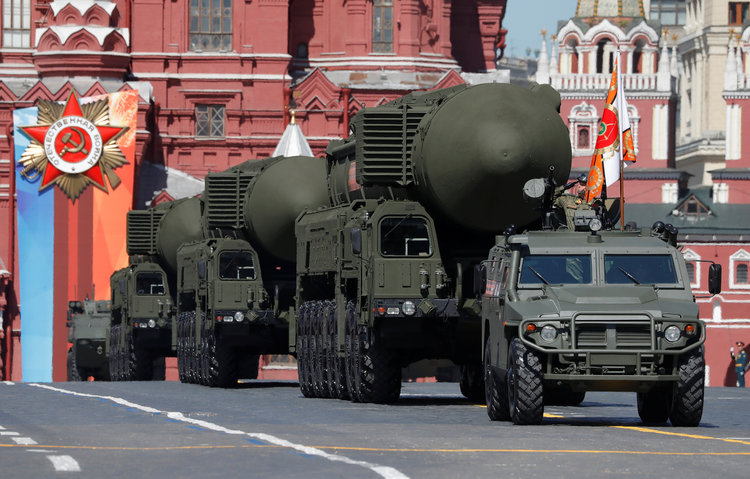 The US is also a known nuclear triad country.

A mysterious, deadly explosion at a missile test site in Nyonoksa, northwest Russia, in August suggested that Russia was building another nuclear-powered cruise missile. Five nuclear scientists died in the accidental explosion, which Russian state nuclear agency said happened during a test of a nuclear-powered engine.

What exactly went wrong in the test remains unclear. Russia has repeatedly changed its story about the explosion.

US experts and intelligence officials suspect the explosion occurred during a failed test of the 9M730 Burevestnik nuclear-powered cruise missile, a sort of doomsday missile NATO refers to as SSC-X-9 Skyfall.

Russian President Vladimir Putin debuted the missile in 2018, and described it as “invincible.”

Read more: Here’s what’s known about a deadly blast at a Russian military test site — a mysterious incident being compared to Chernobyl

The US has the second-largest nuclear arsenal in the world, with 6,185 weapons. It is the only country to detonate nuclear weapons against an enemy, as it did in Hiroshima and Nagasaki in August 1945. 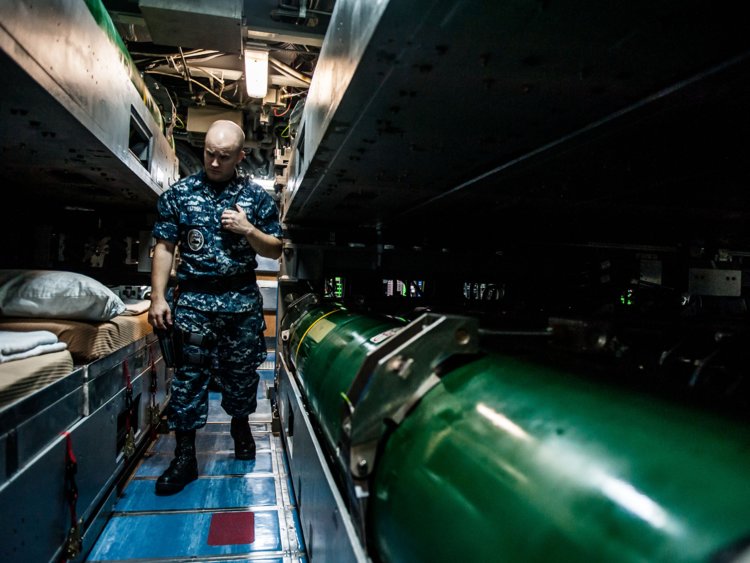 The US has agreed to potentially use its nuclear weapons to protect NATO member states, as well as Japan, Australia and South Korea.

Because of these agreements, all 29 NATO member states and the three countries who hold bilateral protection agreements with the US, are technically in violation of TPNW.

The US is also the only nation in the world to store nuclear weapons in other countries.

The US is believed to store some 180 nuclear weapons in other countries, the Nuclear Weapons Ban Monitor (NWBM) said in its2018 report.

This number has been “significantly reduced since the Cold War,” the report said.

In August, the US pulled out of the Intermediate-Range Nuclear Forces (INF) Treaty, a landmark arms control accord, after accusing Russia of violating it. 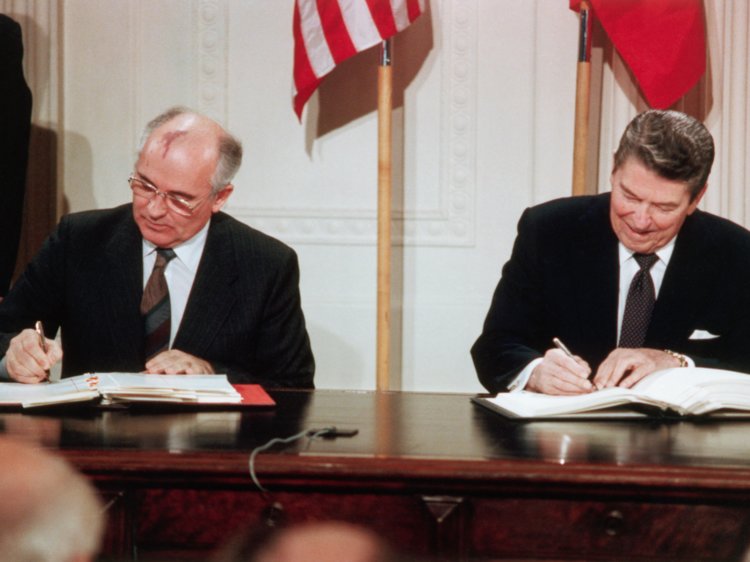 Soviet leader Mikhail Gorbachev and US President Ronald Reagan sign the INF Treaty in the White House in December 1987. Corbis via Getty Images

The INF Treaty, signed in 1987 by US President Ronald Reagan and Soviet leader Mikhail Gorbachev, sought to ban short- and medium-range land-based missiles that had the ability to travel across continents.

On August 17, 2019 — 15 days after the US’s withdrawal from the treaty was complete — the US military conducted its first flight test of a ground-launched cruise missile that would have been banned under the treaty.

France has the third-largest nuclear stockpile in the world, with 300 weapons. The NATO state can only deliver its nuclear weapons via aircraft and submarines. 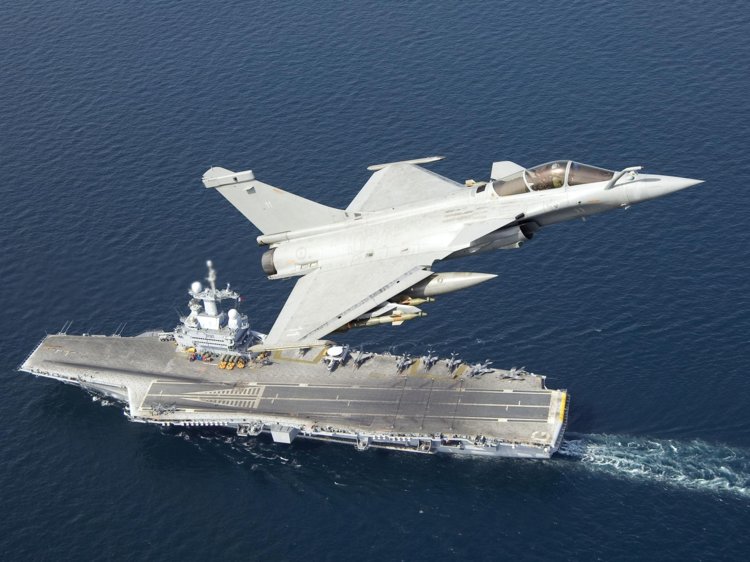 The country’s Dassault Rafale fighter jet can deploy a nuclear weapon with a warhead 20 times the size of the bomb dropped on Hiroshima.

If a warhead of that size were to drop over Washington, DC, it would result in some 280,000 casualties, according to Nuclear Secrecy’s calculations.

China, which has 290 nuclear weapons, appears to be moving toward having its own nuclear triad, the Pentagon warned in May 2019. 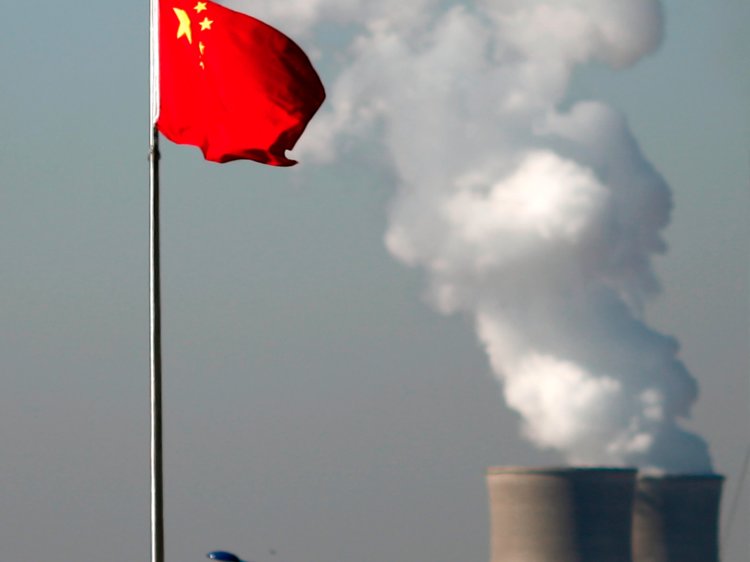 However, China has long maintained a “no first use” policy, which means it would only use nuclear forces in response to a nuclear strike against it.

Read more: With this new missile, China could join the ranks of the world’s most dangerous nuclear arsenals

Britain has 200 nuclear weapons, and can only launch them from its four Vanguard-class submarines with its Trident missile program. 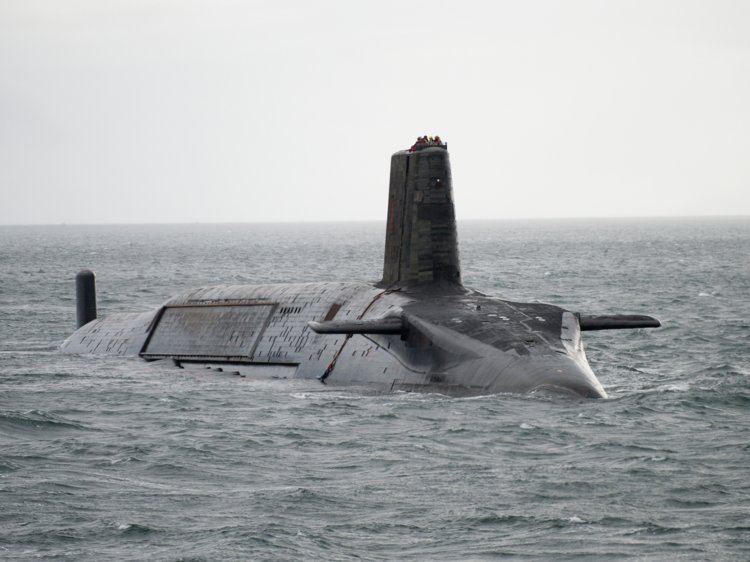 The UK is a NATO member state and shares in the umbrella protections of the alliance.

It maintains at least one nuclear-armed submarine on patrol at all times under the Royal Navy’s continuous at sea deterrent, a policy that has been in place since 1959.

The country maintains a policy that it “will not use, or threaten to use” its arsenal against any non-nuclear-weapon-carrying state according to the UN’s 1970 Treaty on the Non-Proliferation of Nuclear Weapons.

Pakistan has 150-160 weapons, while its neighbor India has 130-140. Tensions between the country reached a historic height this summer after India canceled the quasi-independence of Kashmir — a region claimed by both countries — and brought it under New Delhi’s control. 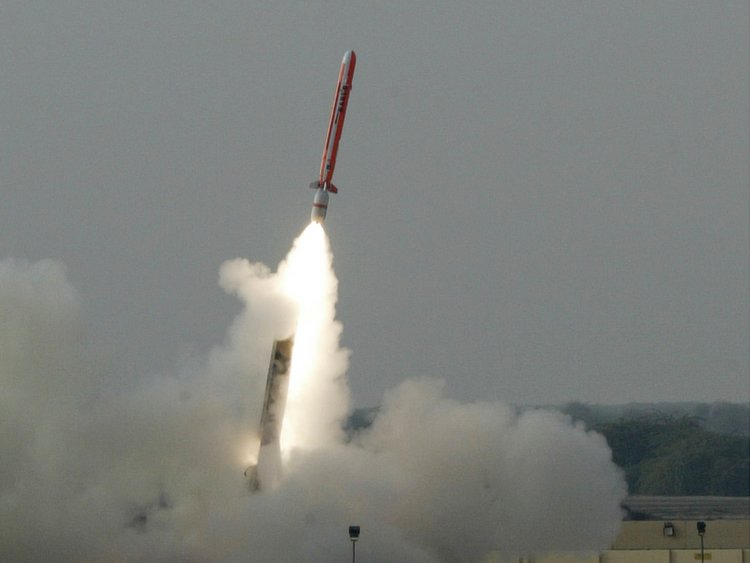 Pakistan’s Hatf VII (Babur) missile takes off during a test from an undisclosed location in December 2007. Reuters stringer

Mainly due to tensions with Pakistan, some experts have questionedwhether India’s “no first-use” position will endure.

Pakistan can deliver its nuclear weapons from the ground and air, and is allegedly developing methods of sea-based delivery tocomplete the nuclear “triad.”

Despite facing sanctions, Pakistan is reportedly expanding its nuclear arsenal faster than any other nation.

Similar to British policy, Pakistan claims it will not use or threaten to use its nuclear arsenal against any “non-nuclear” state, leaving many questions unanswered on the potential use against neighbor India.

Israel has never publicly admitted to possession of nuclear weapons. The international community operates under the assumption that it does. 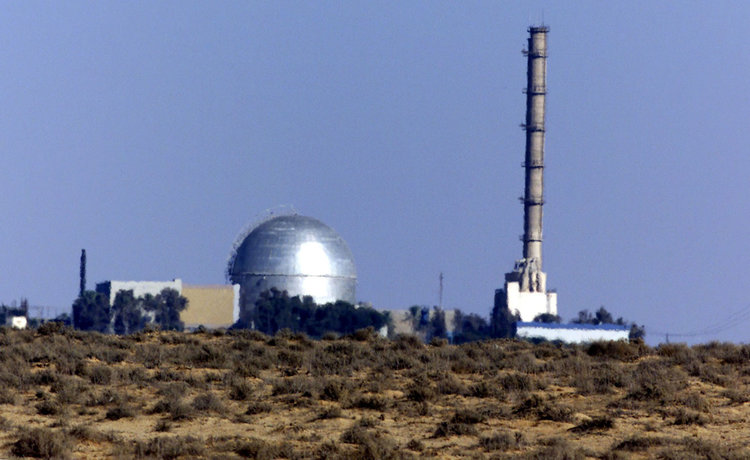 View of the Israeli nuclear facility in Negev Dest outside Dimona in August 2000. Jim Hollander/Reuters

SIPRI estimates that it has 80-90 weapons.

The International Panel on Fissile Materials, a consortium of independent nuclear researchers, also estimated that Israel had about 80 warheads as of the end of 2016.

The name of Israel’s nuclear strategy is “amimut,” which is Hebrew for “opacity” or “ambiguity.”

The exact size of North Korea’s arsenal is unclear. SIPRI estimates that it has about 20-30 weapons. 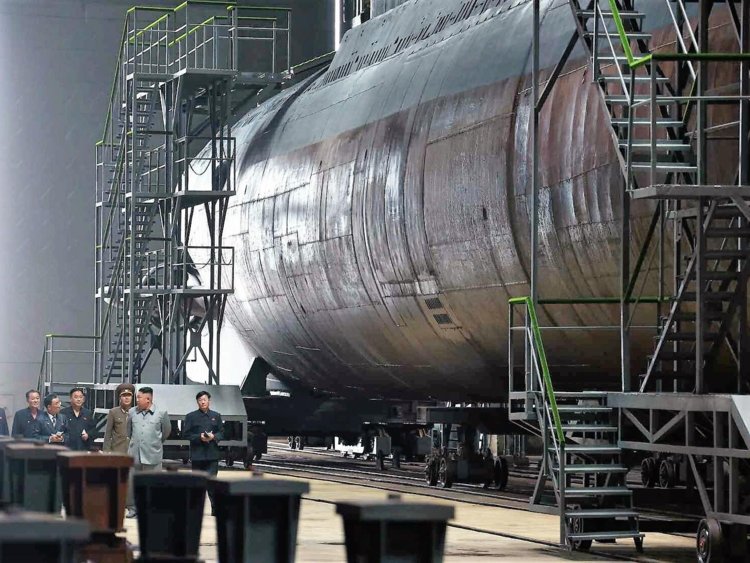 Kim Jong Un inspects what North Korean state media alleges is a nuclear-missile submarine inside the country in a photo released July 2019. KCNA

North Korean leader Kim Jong Un has repeatedly announced a desire to denuclearize the entire Korean peninsula, though what he meant remains unclear and there has been no evidence that he has made any attempt to do so.

Iraqis renew call for US troops to get out

By NABIH BULOS | Los Angeles Times  Star Strips  News that Israel was behind airstrikes in Iraq has reinvigorated calls to oust...