“He would spend the little money he gets on khat instead of buying milk for our hungry children,” she says. “He took advantage of the support he had from my family. But I was relentless and kept on demanding until I was finally relieved.”

A Somali girl’s henna-decorated hand. A new bill would allow a child to marry once they reached puberty Photograph: Yasuyoshi Chiba/AFP/Getty Images

Fardowsa Salat Mohamed was 15 when her cousin asked her parents for her hand in marriage. Her father did not hesitate to say yes. When Mohamed objected, her father asked her to choose between “a curse and a blessing”.

“That was not a choice for me, I was basically forced,” she says. “No girl would ever choose to be cursed by her parents so I had to accept the marriage,”

Mohamed, who is from the town of Baidoa in south-central Somalia, was at school, dreaming of becoming a doctor. She had to drop everything and become a wife. Three years later, Mohamed was divorced with two children. She is now back living at her parents’ house.

According to the latest government figures, 34% of Somali girls are married before they reach 18, and 16% of them before their 15th birthday.

While children are married off for different reasons, such as the economic benefit of a dowry, and an increase in child marriage cases has been reported during the coronavirus pandemic, early marriage is rooted in Somali culture. An old Somali saying goes: “Gabadh ama god hakaaga jirto ama gunti rag,” which loosely translates as “a girl should either be married or in a grave”.

Marriage under 18 is not illegal, although Somalia’s constitution prohibits it and the country is signed up to several international treaties promising to tackle it. In July 2014, the government signed a charter committing to end child marriage by 2020. But in August, the Somali parliament tabled a controversial bill that would allow a child to be married once they reached puberty, which can mean 10 years old. The sexual intercourse related crimes bill would also allow marriage if parents consented. The UN has called the bill “deeply flawed”.

The new bill has been fiercely criticised after MPs realised that it was different from a sexual offences bill unanimously adopted in 2018 by ministers but not enacted, which sought to prevent child marriage, and effectively criminalise a wide range of sexual offences.

Last year, the speaker of the house returned the draft bill, which has been in development since 2013, to the cabinet requesting changes. It remained dormant until two weeks ago when a new version was introduced under a new name: the sexual intercourse related crimes bill.

“It is completely unacceptable,” says Sahra Omar Ma’alin a member of the parliament’s human rights committee. “We have to protect the rights of our children. We have asked the deputy speaker to bring back the original bill, which we had been working on for so many years. It was such a comprehensive document that provides women the dignity and protection they deserve.”

Somalia’s current political instability and the forthcoming general elections makes it difficult for Ma’alin and civil society organisations to keep the pressure on for human rights.

The country is now run by a caretaker government after prime minister Hassan Ali Khaire was ousted in a vote of no-confidence in July.

“It is a race against time as the parliament’s mandate is going to end in a few months,” says Ma’alin. “The fate of our children is being politicised. Some politicians are using the bill as a campaign tool. They attempted to carry out the voting in the same manner they used to remove the former prime minister – in just a seven-minute debate – but we will never allow that to happen.”

In 2015, Somalia ratified the Convention on the Rights of the Child, which the UN applauded as a significant achievement for the country’s 6.5 million children.

“It is a shocking development, given that 2015 was a watershed moment for Somalia,” says Brendan Ross, chief of child protection at Unicef Somalia.

“Unicef has been supporting the Somali government in domesticating that convention. To see a piece of drafted legislation which allows for the marriage of young girls once they are ‘sexually capable’ is astonishing in 2020. We are certainly opposed to that and the UN is unified on that.”

It took Mohamed five months to convince her parents to allow her to get divorced. Her former husband was addicted to chewing khat, the stimulant leaf common in east Africa.

“He would spend the little money he gets on khat instead of buying milk for our hungry children,” she says. “He took advantage of the support he had from my family. But I was relentless and kept on demanding until I was finally relieved.”

Although her parents welcomed her home, Mohamed has to support her children. Her father can only do so much, as he is already struggling to put food on the table for his other 10 children and two wives.

Mohamed now ekes out a living selling tea on the street, putting up with the stigma associated with being a single mother. “My priorities in life have changed. My main mission now is to build a better future for my kids so that they never experience what I went through.”

… joining us from Norway, we have a small favour to ask. Millions are flocking to the Guardian for open, independent, quality news every day, and readers in 180 countries around the world now support us financially.

We believe everyone deserves access to information that’s grounded in science and truth, and analysis rooted in authority and integrity. That’s why we made a different choice: to keep our reporting open for all readers, regardless of where they live or what they can afford to pay.

The Guardian has no shareholders or billionaire owner, meaning our journalism is free from bias and vested interests – this makes us different. Our editorial independence and autonomy allows us to provide fearless investigations and analysis of those with political and commercial power. We can give a voice to the oppressed and neglected, and help bring about a brighter, fairer future. Your support protects this.

Supporting us means investing in Guardian journalism for tomorrow and the years ahead. The more readers funding our work, the more questions we can ask, the deeper we can dig, and the greater the impact we can have. We’re determined to provide reporting that helps each of us better understand the world, and take actions that challenge, unite, and inspire change.

Your support means we can keep our journalism open, so millions more have free access to the high-quality, trustworthy news they deserve. So we seek your support not simply to survive, but to grow our journalistic ambitions and sustain our model for open, independent reporting.

If there were ever a time to join us, and help accelerate our growth, it is now. You have the power to support us through these challenging economic times and enable real-world impact. 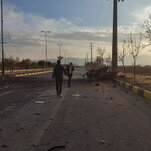