A court in Iran has reportedly handed Sahar Tabar, an Iranian girl who posted distorted pictures of herself to resemble a zombie-like Angelina Jolie, a 10-year jail sentence, according to one of her lawyers.

Saeed Dehghan, one of the lawyers in the case, told BBC Persian that he had heard the news of the 10-year jail sentence but that no official verdict had been served to the lawyers representing Tabar, whose real name is Fatemeh Khishvand.

Khishvand was arrested in October 2019 alongside three other female social media influencers. The Instagram star had initially caught worldwide attention in 2017 when she began sharing several selfies of her highly distorted face on her Instagram. Her account had amassed more than 486,000 followers before it was shut down.

Masih Alinejad, a prominent Iranian journalist and opposition activist, told the Daily Mail that she had spoken to Tabar’s lawyer, who confirmed that she had been sentenced to 10 years in prison on charges of “promoting public corruption.”

“10 years jail for Iranian Instagramer who used makeup & Photoshop to become a zombie Angelina Jolie. Sahar Tabar is only 19. Her joke landed her in jail. Her mother cries every day to get her innocent daughter freed. Dear Angelina Jolie! we need your voice here. Help us,” Alinejad tweeted on Friday, urging the Hollywood star to campaign on Tabar’s behalf. 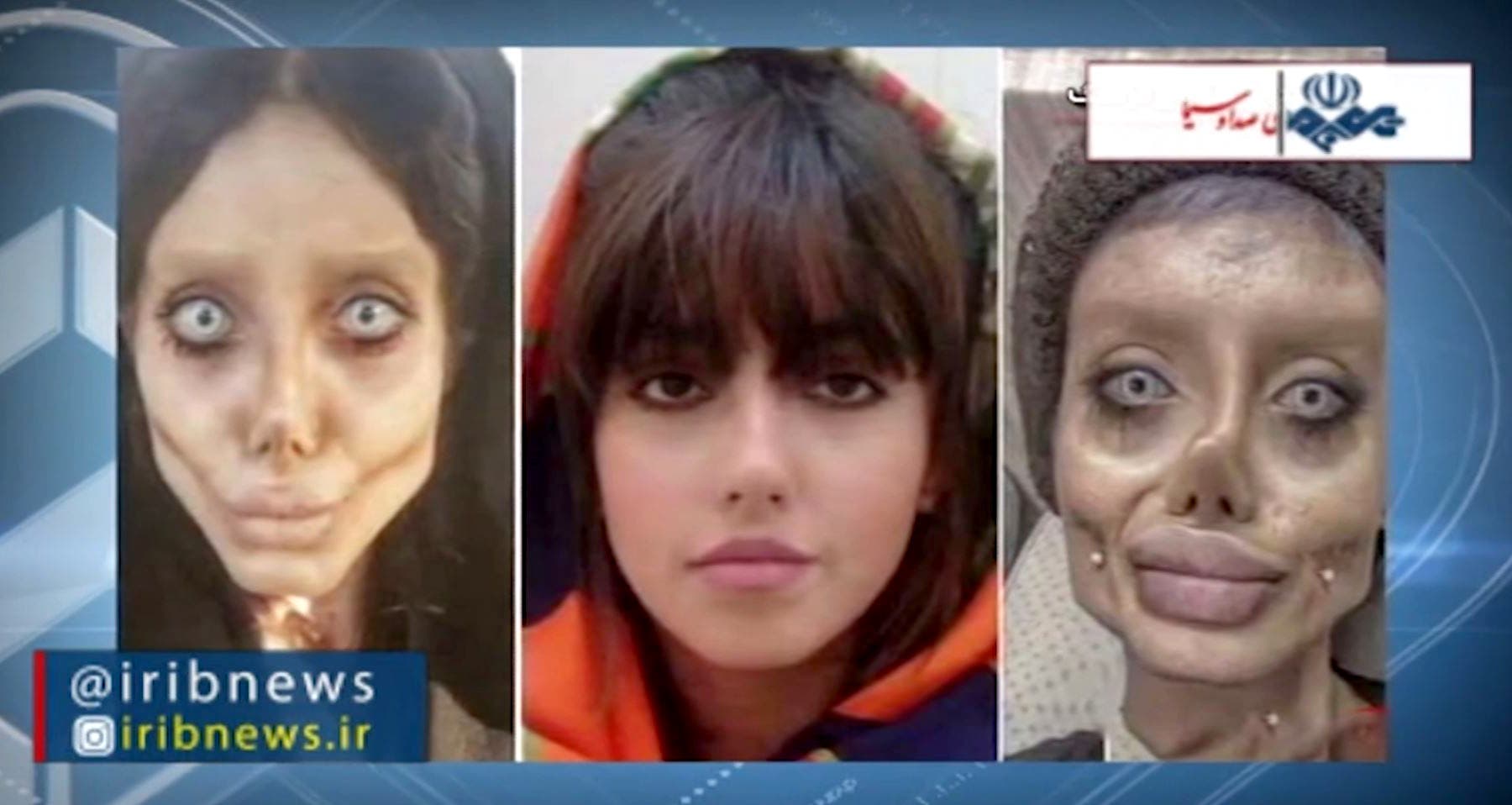 An image grab from footage obtained from Iranian State TV IRIB on October 24, 2019 shows a reproduction of pictures posted by Iranian Intagrammer Sahar Tabar of herself before (C) and after. (AFP/HO/IRIB)

Last October, Iranian state television aired an interview with Khishvand in which she looked remorseful and said that she regretted her actions.

“I saw people were following what I did and, when the likes grew, I felt I was doing the right thing,” said during the interview.

China has advised flight attendants to wear disposable diapers to avoid using restrooms on flights amid the coronavirus pandemic, according...